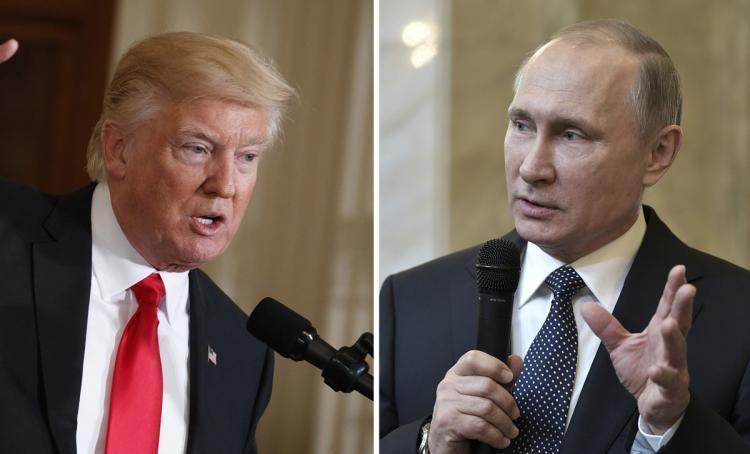 The Trump White House is under increasing pressure from the anti-Russian campaign instigated by the intelligence agencies and spearheaded by the bulk of the corporate-controlled media, the Democratic Party and a section of the Republicans. Over the past several days, the first official action has been carried out by a congressional committee investigating claims of Russian involvement in the 2016 election campaign.

The Senate Intelligence Committee has sent letters to more than a dozen government agencies, organizations and individuals asking them to preserve all materials that may be relevant to the committee's investigation. The letters were authorized by committee Chairman Richard Burr of North Carolina, a Republican, and the ranking Democrat, Mark Warner of Virginia.

The letters were sent after a two-hour classified briefing by FBI Director James Comey on the alleged Russian hacking of the Democratic National Committee and the Clinton campaign. Senators left the hearing without divulging anything of what took place, but hours later, the request was dispatched for the preservation of documents on alleged Russian interference in the campaign and "related issues."

The "related issues" reportedly include the allegations of "constant contact" during the campaign between Trump advisers and aides and Russian intelligence agents, first made in the New York Times last week and later in a broadcast by CNN. Neither report presented any actual evidence, citing only the claims of unnamed intelligence officials, who said they had monitored phone calls or reviewed telephone transcripts.

The letters from the Intelligence Committee came one day after Senate Democrats sent similar appeals to the White House, the FBI, the Justice Department and other federal agencies asking them to preserve any relevant materials. This letter, signed by all the Democratic members of the Senate Judiciary Committee, was sent to White House Counsel Donald McGahn, asking the administration to preserve "all materials related to contacts between the Trump organization, Trump campaign, Trump transition team, or Trump administration, or others acting on their behalf, and Russian government officials or associates."

Senate Minority Leader Charles Schumer, speaking on the floor of the Senate last week, warned, "There is real concern that some in the administration may try to cover up its ties to Russia by deleting emails, texts and other records that could shine a light on those connections." House Minority Leader Nancy Pelosi chimed in: "I'm afraid they're going to destroy the documents. But the fact that I would even say that, that level of trust has gone so far low in all of this."

Pelosi and Rep. Adam Schiff (D-Calif.), the top Democrat on the House Intelligence Committee, sent their own letter to acting Director of National Intelligence Michael Dempsey requesting "a comprehensive intelligence briefing on Russia by February 28, 2017... This briefing should include information about former Assistant to the President for National Security Affairs Michael Flynn's contacts with Russian officials, and should also provide unredacted transcripts of any intercepted conversations or communications he had with Russian officials."

Some congressional Democrats are raising the specter of treason charges against Trump or his aides. Representative Seth Moulton, a Massachusetts congressman and Iraq war veteran, said on CNN, "If members of the administration are essentially conspiring with Russia...that's the definition of treason. This is a very, very serious affair."

At the same time, Trump's congressional defenders are pushing back against his opponents within the intelligence apparatus. House Intelligence Committee Chairman Devin Nunes sent a letter Friday to the FBI asking it to investigate leaks of classified information to the media. He suggested that the leaks came from either career officials who oppose Trump's policies or holdovers from the Obama administration. According to one press report, Nunes "believes that Trump is being targeted by the intelligence community. It's an abuse of authority."

White House Chief of Staff Reince Priebus appeared on three Sunday television interview programs to denounce the media reports of "constant contact" between the Trump campaign and Russia as false and deliberately aimed at undermining the Trump administration.

Speaking on NBC's "Meet the Press," Priebus acknowledged receipt of the Senate Intelligence Committee letter and said the White House would cooperate with the request. "I know what they were told by the FBI," he said, "because I've talked to the FBI. I know what they're saying. I wouldn't be on your show right now telling you that we've been assured that there's nothing to the New York Times story if I actually wasn't assured."

He also said that no one at the White House except the now-fired National Security Adviser Michael Flynn had been interviewed by the FBI. Bureau agents interrogated Flynn about his telephone conversation with Russian Ambassador Sergey Kislyak prior to Trump's inauguration.

Significantly, all three television hosts who interviewed Priebus avoided raising the issue of the political motivation behind the intelligence agency leaks to the media that have fueled the anti-Russian campaign. Nor did Priebus raise the issue himself, even though Trump touched on it in his press conference Thursday, when he suggested that his opponents would praise him if he ordered a Russian spy ship blown up or otherwise took a more belligerent position towards Moscow.

The real driving force of the factional struggle within the US ruling elite is a conflict over foreign policy towards Russia. Dominant sections of the military-intelligence apparatus want to continue and intensify the campaign of sanctions, provocations and military buildup undertaken under the Obama administration, whose logical outcome would be a directly military confrontation between the United States and Russia, the possessors of the vast bulk of the world's nuclear weapons. They view Trump's foreign policy -- if anything, even more militaristic than Obama's, but targeting Iran and China first, rather than Russia -- as undermining this war buildup.

Patrick Martin writes for the World Socialist Website (wsws.org), a forum for socialist ideas & analysis & published by the International Committee of the Fourth International (ICFI).
Related Topic(s): Sanctions; Trump Foreign Policy; Trump Presidency; Trump Russia Memos, Add Tags
Add to My Group(s)
Go To Commenting
The views expressed herein are the sole responsibility of the author and do not necessarily reflect those of this website or its editors.