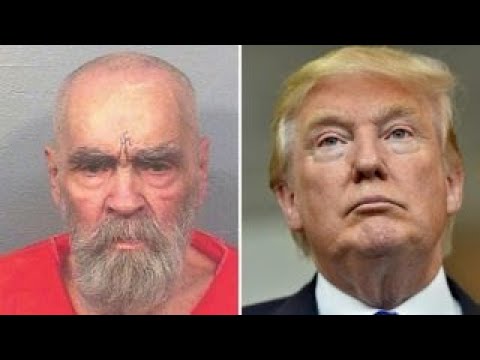 Donald Trump is a fascist death machine. He's proved it again and again in numerous ways, including but not limited to these: the separation and caging of migrant children, hailing Nazi white supremacists as "fine people," pardoning sociopathic fascists and war criminals, holding regular white nationalist hate rallies, conveying far-right conspiracy theories, calling Confederate flags and statues valuable parts of "our national heritage," telling progressive nonwhite Congresswoman to "go back to the crime-infested countries you came from," calling Haiti and African nations "sh*t-hole countries," consistently defying the rule of law, repeatedly defying constitutional checks and balances, denying the seriousness of the coronavirus crisis, calling COVID-19 a hoax, calling COVID-19 the "Kung Flu," ordering mostly Latinx meatpacking and poultry processing workers back onto infected killing floors, trying to kick tens of millions of American off of health insurance, rejecting international asylum law, telling border patrol agents to shoot migrants, sending paramilitary immigration officers out to round-up "illegals," murdering Iran's top military authority (and others) in Iraq, threatening Iran and North Korea with nuclear annihilation, banning travel from Muslim countries, reinstating the federal death penalty, tearing up environmental regulations, banning federal agencies from mentioning climate change, pulling the U.S. out of the Paris Climate Accords, using the COVID-19 crisis as an excuse to escalate his assault on environmental safety, disabling an accurate U.S. Census, purging his administration of anyone viewed as disloyal, stacking the federal courts with Christian fascists, telling cops to "take the gloves off" in repressing Black and brown "criminals," calling Mexicans "rapists" and "murderers," praising citizens who yell "White Power," calling the media "the enemy of the people," telling his supporters not to believe what they see and hear (and to accept just what he tells them), trashing women, attacking women's rights, mounting an epic Orwellian war on truth, lying 10 times a day, conflating corporate Democrats with "the radical Left," accusing Democrats of wanting to slaughter babies, rejecting and trashing climate and public health science, praising armed right-wing militia members who occupy state capitals to protest common sense public health restrictions, calling civil rights protesters "terrorists," calling Black Lives Matter a "hate symbol," deploying federal troops to crush social justice protest, claiming that the nation is besieged by the "radical Left," threatening the tax exempt status of colleges and universities on the absurd grounds that they are being overrun by Marxists and anarchists, illegally diverting federal funds to the building of a nativist Wall...

The pandemic that the mad-dog killer Trump helped fuel and fan is raging out of control, making America a diseased laughing-stock around the world.

The demented Sickener-in-Chief's risible press secretary claims that the world is looking to the United States as "the leader" in handling COVID-19. This ridiculous boast is Orwellian madness on steroids.

And just Wednesday, July 15, we learned that Hospital data on coronavirus patients is being "rerouted to the Trump administration instead of first being sent to the US Centers for Disease Control and Prevention (the CDC)." This profoundly dangerous authoritarian move will make critical medical data less transparent to the public as the TFDM continues to mass-murderously downplay the record-setting spread of the pandemic. It is a grave and criminal act whose significance is being drastically underestimate in corporate media.

Along the way and behind the scenes, hundreds have been charged federally for participating in the George Floyd protests. The demented fascist oligarch's June 26 "Executive Order on Protecting American Monuments, Memorials and Statues and Combating Recent Criminal Violence" authorized the deployment of federal paramilitary forces to protect the Father-land's monuments and property from "Marxist" and left "extremists."

As the nation struggles with a deadly pandemic whose racially disparate impact on non-white people certainly cheers the orange fascist death machine, the monster in the White House knows who the real danger to America is -- "the radical Left."

As scholars have long observed, fascism relies on the claim that the virtuous Nation is besieged by a powerful Left that must be crushed.

How It Could Stay in Power after 2020: Eight Reasons

Paul Street (www.paulstreet.org and paulstreet99@yahoo.com) is the author of Empire and Inequality: America and the World Since 9/11 (2004), Racial Oppression in the Global Metropolis (2007), Barack Obama and the Future of American Politics (more...)
Related Topic(s): Corona Virus Coronavirus Covid-19; Economy; Election; Fascist; Lesser-evil; Prosecution; Revolution; Voting; White House Coverups; White Supremacist, Add Tags
Add to My Group(s)
Go To Commenting
The views expressed herein are the sole responsibility of the author and do not necessarily reflect those of this website or its editors.