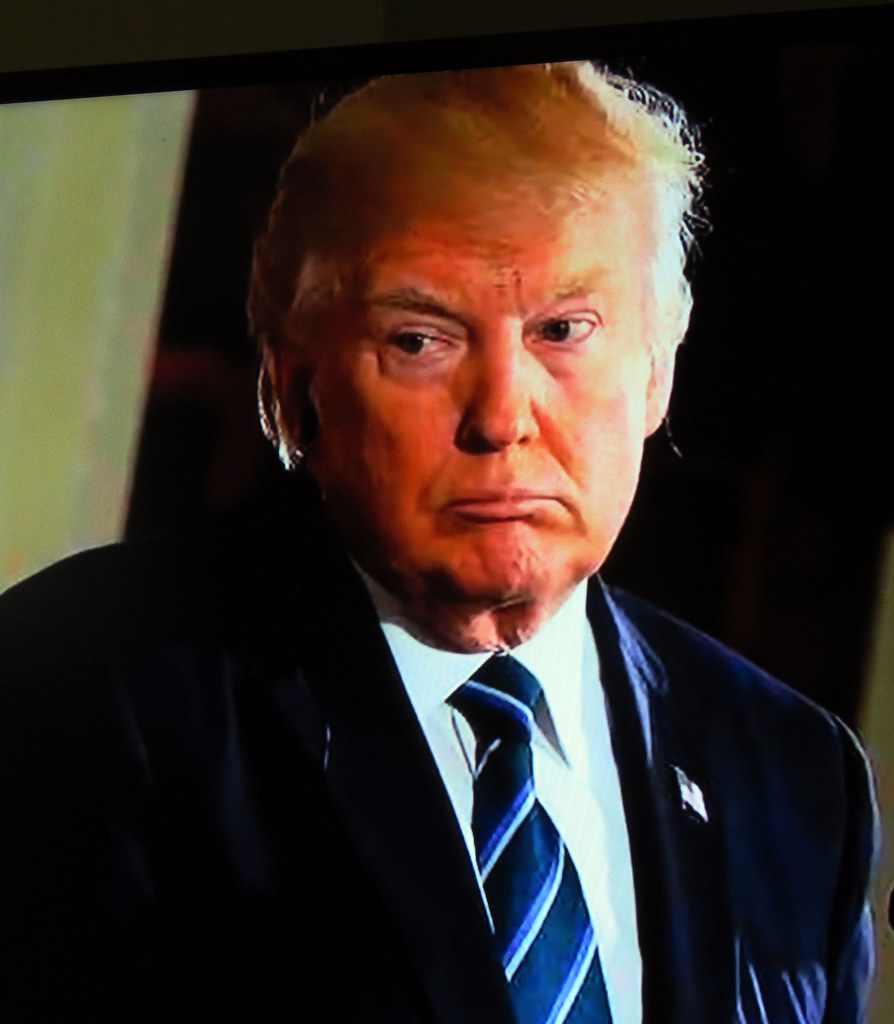 With #BigBabyTrump we get a package deal of four people as president for the price of one.
(Image by kennethkonica from flickr)   Details   DMCA

Trump: The Sad Facts Are In

It's been an excruciatingly slow process, closing out the 2020 presidential election. I've had constipation resolved with less strain and gas. It goes on and on and on. The first movement of the Bowel symphony. If CNN had reiterated one more time the same data, I might have turned into Mad King Ludwig on the throne, crazed visions of ice cream palaces in the sky. Donald J. Trump, declaring himself "the winner," pulling the new spring groundhog back down by the feet, screaming and kicking, wanting the vote-hurting to stop. Recounts in at least four states are imminent, adding to the suspense -- Old Joe or Four More Years of Bullshit. Exceptionalism at work. A royal flush either way, in a stacked deck for the American people. .

In 2016, almost 6 million votes in the presidential election went uncounted, and Trump won. Barely. Those were the very same kinds of votes that Trump would throw away today. And he'd have won again. Mail-in ballots. "Legitimate" ballots, as the pundits and TV prognosticators at the maps keep telling us over and over this time, but not so much in 2016, when they were willing to look the other way when the same votes were tossed.

But Corona forced our hand. Attention was drawn to the process. Many white Democrats, heeding the sane advice to stay at home and mail in their vote, did just that. We kept a close watch on that heart of ours. Woe to anyone who crossed the line. Especially when Trump tipped his hand with attempted postal shenanigans. So, this time we call them "Democrat votes," instead of the votes of Blacks, Latinos, university-aged future debt slaves, and others (meaning Injuns). But if we want to get Trump out of there, we'd better hunker down, take the extra time, and count that Democratic vote, like our second luxury car payments depended on it.

As Greg Palast has convincingly shown in his revelatory book, How Trump Stole 2020, the Republicans have been disenfranchising voters for years by closing the doors on Black voters and tossing out mail-in votes. Writes Palast,

The MIT study Losing Votes by Mail puts the total loss of mail-in votes at a breathtaking 22%.

For a while now, Blacks, and university students who would vote Green or anything but Lesser Evils, haven't known whether their votes counted or not. You cast your vote and assume integrity. Nuh-uh, says Palast. Not only does he show how Trump stole 2016, he provides compelling evidence of how John Kerry was robbed by disenfranchisement in 2004. He explains how, in 2012, he personally saved Obama's reelection by thwarting the will of Turd Blossom at the last minute.

The corruption is bipartisan. There have been signs of rigging from both sides. In California, thousands of LatinX voters who wanted to vote in the primaries as independents for "Tio Bernie," instead of Biden, were put through a process that ultimately saw their "provisional" votes cast aside by technicalities, without their awareness. In other states, Repugs made sure that Blacks had their votes tossed, behind their backs, by, respectively, irregularities in filling in forms (Ohio), phantom moving (Georgia), and felon rolls again (Florida). Palast writes that had Wisconsin university students had their votes fully counted in 2016, Trump would never have worried us like he has -- "on Election Day 2016, a giant hunk of the student vote simply . . . vanished," Palast writes.

As with the gerrymandering redistricting game that unfairly reassigns political power and gives an edge to the party, Palast has shown that Repug secretaries of state have loosely colluded to disenfranchise voters in their states by agreeing on how to disqualify legitimate votes cast -- mostly by Democrats, most of whom were Black. Palast's book is now free to download at his site. And for the graphically-minded, Ted Rall's 48-page comic book How To Steal An Election, which was an insert in Palast's book, is also free to download at Palast's site, and is highly recommended. Both are useful reads for an on-going problem that'll probably go back to being ignored once the recounts are done with and Biden is sworn in and things return to "normal."

Another side to the 2020 election that has run so smoothly, all the votes being counted, is the question as to whether, while we were watching the hypnotic mantra of CNN say the same thing over and over, was whether all went well with vote casting machines of at-site voting. It's a matter of time before someone points out that there were anomalies in how votes were cast. It was known, just five days before the election, that across the nation, problems with machines -- especially (gulp) in Pennsylvania and Georgia hadn't been properly addressed. Machines were capable of changing the vote -- unbeknownst to you, the voter, No conspiracy theory.

Earlier this year, during super Tuesday, voting access problems have been noted across the nation: "America has an election access problem tech can't solve it." And at DefCom 26, invited hackers demonstrated the ease with which electronic voting machines could be easily manipulated, votes changed. One conclusion their report drew, after hacking a machine used in 26 states was that,

hacking just one of these machines could enable an attacker to flip the Electoral College and determine the outcome of a presidential election.

No Trump or other conspiracy theories. Just well-known problems we haven't fixed. This time we focused on the votes we'd tossed before, but the other problems remain, and we were diverted the other way by the glee of seeing DJ go down by hard cold statistics.

Again, the sad fact is that had the system worked in 2016 Trump never would have happened. We wouldn't have lost four years of climate change fight and crept ever so closer to our own extinction, the Doomsday clock reset from minutes to seconds away under Trump's reign. Of course, Hillary mightn't have been any better with the pandemic and her neo- politics would have been a hindrance to greening up the environment. And perhaps we'd be at war with Syria, Iran or Russia, given her war hawk instincts. Biden will need to be pushed hard to change course.

Related Topic(s): Access; Democrats; Disenfranchisement; Election; Facts; Hackers; Integrity; Monster; Obama; Politics; (more...) Recount; Repugs; Scary; Theories; Time; Voting, Add Tags  (less...)
Add to My Group(s)
Go To Commenting
The views expressed herein are the sole responsibility of the author and do not necessarily reflect those of this website or its editors.