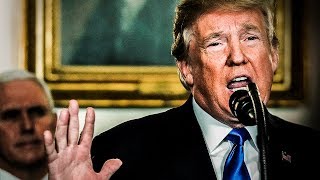 Avi Shlaim, a Jewish scholar now based at Oxford's St. Anthony's College, was interviewed on BBC after President Donald Trump's announcement that he was designating Jerusalem as Israel's capital city.

Shlaim, who left Israel for a more open academic environment, calls the announcement by the President, "irresponsible and reckless." (See full interview below.)

Trump has no right to set himself up as The Namer of capitals. But to him, he can do whatever he wants. Bibi Netanyahu knows that. Bibi got the Gift he has long coveted, his very own special electric train he can now send running around the floor, as he shouts, "Mine, mine, my precious Jerusalem is My capital."

Standing in front of a Christmas tree as he gave Israel its capital, the President gave no indication he had considered, or cared, that Jerusalem is packed with meaning to Christians and Muslims, as well as Jews.

"Jerusalem is undoubtedly the most important aspect of the entire Palestine question. It has been central to the identity of Palestinian Muslims and Christians as far back as the founding moments of both religions, and has become even more so as the conflict over Palestine has become fiercer.

"The rivalry over this holy city is exacerbated by the fact that the same site -- the Haram al-Sharif to Muslims, the Temple Mount to Jews -- is sacred to both. Because of its explosive nature, this is an issue that no Palestinian politician, and few Arab leaders, would dare to trifle with.

"For someone such as me, whose family has lived in Jerusalem for hundreds of years, Trump's announcement does not just mean that the US has adopted the Israeli position that Jerusalem belongs exclusively to Israel.

"He has also retroactively legitimised Israel's seizure and military occupation of Arab East Jerusalem during the 1967 war, and its imposition of discriminatory laws on hundreds of thousands of Palestinians living there. The damage he has done will be permanent: the US cannot undo this recognition.

"This act completely disqualifies the US from its longstanding role as broker, a position that Washington has monopolised for itself. So much for the pitiful 'peace plan' that Trump's son-in-law Jared Kushner was cooking up and hoping to impose on the Palestinians."

Khaladi is right, the "pitiful peace plan" was never serious. It was a holding pattern of pretension.

The Prime Minister and his predecessors, have had their way for decades with the city Trump thinks he just gave to Israel. Balderdash! Israel has treated Jerusalem as its kept capital since 1967. For six decades, IDF soldiers have roamed the city at will, arresting citizens like so many wayward children who skipped school to throw rocks.

Netanyahu and his right-wing government got what they wanted, a recognition that covers crimes of oppression.

What Trump has just done is far more significant than Naming. He has announced that Jerusalem is not open to negotiations. It is not a "contested" city in which Muslims, Christians and Jews live by an agreed-upon understanding.

Related Topic(s): Israel; Jerusalem; Palestinian; Speech; Trump Cruelty, Add Tags
Add to My Group(s)
Go To Commenting
The views expressed herein are the sole responsibility of the author and do not necessarily reflect those of this website or its editors.