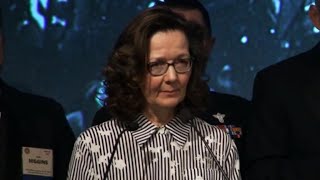 With respect, we veteran intelligence officers from CIA and other agencies urge you to withdraw the nomination of Gina Haspel for CIA director. From what is already known of her leading role in CIA torture 16 years ago, she has disqualified herself.

In 2002 Haspel supervised the first CIA "black site" for interrogation, where cruel and bizarre forms of torture were applied to suspected terrorists. And when the existence of 92 videotapes of those torture sessions was revealed, Haspel signed a cable ordering their destruction, against the advice of legal counsel at CIA and the White House.

We are confident that if you set aside some time to read the unredacted portions of the Senate Intelligence Committee report of 2014 on the torture ordered and supervised by Haspel and other CIA managers, you will change your mind about her nomination. The five-year Senate investigation was based primarily on original CIA cables and other sensitive documents.

In addition to revealing clear violations of the UN Convention Against Torture, the Senate investigation shows that claims by senior CIA officials that torture is effective are far from true. The US Army -- in which many of us have served -- has been aware of the ineffectiveness of torture for decades.

General John Kimmons, head of Army Intelligence, drove home that point on September 6, 2006 -- approximately an hour before President George W. Bush publicly extolled the virtues of torture methods that became known as "enhanced interrogation techniques." Gen. Kimmons stated: "No good intelligence is going to come from abusive practices. I think history tells us that. I think the empirical evidence of the last five years -- hard years -- tell us that."

We believe that Defense Secretary James Mattis' lack of enthusiasm for torture reflects lessons drawn from the historical experience of the Marine Corps, as well. Not to mention the twin reality that torture brutalizes the brutalizer, and that US use of torture puts our own troops in serious jeopardy when captured. Moreover, there is no more effective recruitment tool than torture to attract more terrorists.

Please also be aware that many signatories to the UN Convention Against Torture take seriously their obligations under the principle of "universal jurisdiction," which applies when those who authorize or practice torture are not brought to justice by authorities in their home countries.

George W. Bush experienced a precarious brush with this reality in 2011, when he had to abruptly cancel a visit to Geneva, Switzerland, after discovering that plans were in place to arrest him as soon as he stepped onto Swiss soil. [See "America's Stay-at-Home Ex-President"] The widely respected European Center for Constitutional and Human Rights already has made no secret of its intention to proceed quickly against Haspel, should she set foot in Europe.

Consortiumnews.com was founded by Robert Parry in 1995 as the first investigative news magazine on the Internet. The site was meant to be -- and has become -- a home for important, well-reported stories and a challenge to the inept but dominant (more...)
Related Topic(s): CIA; Gina Haspel; Military; Nomination; Torture; Veteran Intelligence Professionals For Sanity, Add Tags
Add to My Group(s)
Go To Commenting
The views expressed herein are the sole responsibility of the author and do not necessarily reflect those of this website or its editors.