"Trump-Russia" covers a variety of possible crimes (in the criminal law sense) and possible high crimes and misdemeanors (in the impeachment sense) of which President Trump and a variety of people around him are being investigated. Unlike many of my fellow left-wingers, I have thought pretty much from the beginning that where there was smoke there was fire, whether about "collusion" (possibly a crime, if with a foreign power to influence an election), "obstruction of justice" (a crime), money laundering (certain types are crimes), tax evasion (a crime), bribery/pay-offs (crimes or ethical violations), and who knows what else.

Why did I believe that there is "something there" and still do? Well there are the bits and pieces of evidence of acts of commission, such as the famous "Don Jr. meeting;" the continuing re-do's by Jared Kushner on his security form; Kushner's attempt to set up a "back channel" for direct communication with the Russians during Transition (!); the lying by Attorney General (!!!) Sessions before Congress; the guilty pleas by Flynn and Papadopoulos (they wouldn't have pleaded guilty to the FBI for lying if they were not lying about something there, no?); the "Manafort Thing," just Manafort (a certified crook/money-launderer was for a time Trump's campaign manager), and etc. 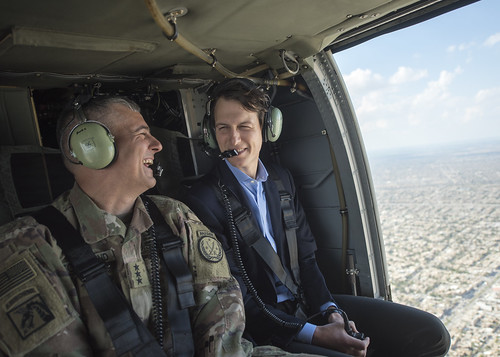 As for other evidence of, say, obstruction of justice, Trump himself did say on national television that the fired former FBI Director James Comey "because of Russia." And he had to be talked out of trying to fire Bob Mueller by his far right-wing White House Counsel, presumably because that would be seen as obstruction of justice. (Far right-wing, you say? Well yes. McGahn has the principal responsibility for picking all the far right-wingers who are being appointed to seats on the Federal bench and for implementing much of Steve Bannon's favorite: "deconstruction of the administrative state:" the massive deregulation that is going on under Trump. I always wondered where all these Trump moves were coming from in detail. Now we know.) And Trump is still thinking about it, actually trying to figure out a way to do it --- like getting rid of the Deputy Attorney General and putting someone in his place who would do it. But why, if there is nothing to hide?

And then there was "it's Trump, and we know that he's a crook." I remember in June, 1972, when I saw a p. 1 headline (but below the fold) in The New York Times that there had been a break-in at the Democratic National Committee headquarters in the Watergate complex in Washing, D.C. I had followed President Nixon since he ran his first red-baiting campaign in 1946 against a totally unsuspecting Cong. Jerry Voorhis. The first thing that crossed my mind upon seeing that headline was "Nixon's behind this." So, it was only natural that when I first started hearing reports of what has become "Trump/Russia," I said to myself: "Trump's behind this."

And then, if there is nothing to hide, why are Trump, certain Congressional Republicans (mainly in the House --- see the "Nunes memo"), Trump TV, right-wing talk radio, and a host of right-wing websites working sooooo hard to get the Mueller investigation terminated, as soon as possible? If there were nothing there, would they all want it to come to a conclusion, quickly to be sure, but certainly not be shut down before it were to be finished. Or, if Mueller is not terminated, then he has to be dis-credited to the extent possible. (Of course, if it were to be terminated much of the evidence of wrong-doing would then very likely be turned over to such folk as the New York State Attorney General Eric Schneiderman, who is well beyond the reach of the majority of Trump-Defenders. After all, Trump did much of his business in New York State. But that's another story.) And one could go on, and on, and on. As many folk on both sides of the battle are.

But a question that is not often raised is "who is benefitting from all of this increasingly fierce controversy?" Actually, it is the Trumpite/Repub./fascists who are. Why? Because from the beginning, on the pro- and anti-Trump media the vast majority of coverage time of his Administration has been given over to "Trump/Russia." Also, because so little actual Trump/Repub. legislation has been passed by Congress, the mantra has been "except for the tax-cuts-for-the-wealthy he's gotten nothing done." But that's not the case. Trump and the Trumpites have gotten tons done.

If there were no "Trump/Russia" huge amounts of coverage would have been devoted to the far-right/reactionary agenda that the Trump Administration has undertaken. Indeed a huge amount of "right-wing stuff" has been done. After all, the two primary objectives for the Republican Party since the time of Reagan have been to cut taxes for the wealthy and to slash Federal regulation in the areas of environmental preservation, personal health, the petroleum industry, workplace safety, labor organization, banking and finance, and so on and so forth. But it has received much less coverage than it would have, if not for "Trump/Russia." Just think of the issues would broadly be getting much more in-depth coverage if "Trump/Russia" were not in the way: Religious discrimination, actually the gradual implementation of religious authoritarianism, by the Trumpites which underlies the assault on abortion rights and LGBTQ rights [click here]; the "infrastructure program" which is really a massive deregulation program for the fossil fuel and related industries as well as an effort to privatize major pieces of the national highway system; the deconstruction of the Environment Protection Administration; the abandonment of the Paris climate change agreement; the reorientation of the Department of Education towards religious and private schools along with a decline in the protection of students attending private, on-line "universities" as well as victims of sexual harassment in educational institutions; mass deportations of undocumented immigrants; the expansion, not contraction, of the foreign wars in which the U.S. involved by the so-called "peace candidate;" the massive further build-up in military spending to support the Military-Industrial Complex which is the life-line of the U.S. economy; the related threats to over-turn the Iran nuclear energy deal. And so on and so forth, Federal department by Federal department.

Now, it happens that certain elements of the economically dominant wing of the ruling class want to get rid of Trump. The major pieces of their legislative agenda have been accomplished, and he is a major embarrassment around the world (in addition to being an idiotic moron [to combine two words that members of his own cabinet have used to describe him]). Otherwise, how to explain the leaks currently coming from McGahn's office and other segments of the White House. 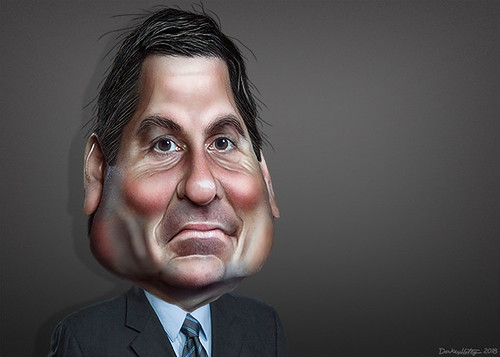 On the other hand, looking at their currently dim prospects for the 2018 elections, Congressional Republicans, especially those in the House, are doing everything they can to keep Trump right where he is. They a) cannot afford to lose their base which Trump keeps in tow through his rampant racism, xenophobia, Islamophobia, and mysogny, and b) they cannot afford the risk of being "primaried" (yes, U.S. persons have never met a noun that they did not want to verb) from the Right should they abandon Trump. Just think where they would be politically if they did not have the "Deep State is out to get Trump" hobby horse to ride, providing such a marvelous level of distraction from the real issues of Trumpite/Repub./fascism.

Also, the Right has segments of the Left engaged in bitter in-fighting over the very same issue of the "Deep State" and its supposed interest in preventing Trump from being elected because he would open the "road of peace" to the Soviet Union (oops, I mean Russia). Of course, one of the top former leaders of that self-same "Deep State," Jim Comey, helped to throw the election to Trump. How nice for the Right to have at least some of the Left engaged in such in-fighting when it should be focusing all of its attention on the oncoming freight train of Trumpite/Repub./fascism. Qui bono? The answer is clear.

Finally, want a truly deep conspiracy theory? Here's one: The Trumpite/Repub./fascists dreamed up this whole "Trump/collusion/obstruction/bribery/money-laundering" investigation, which, according to them has no basis in fact, so that the reporting on it, over the course of the past year and more, could provide the major distraction from the real actions, damages, and future disasters caused by the Trump Administration that it indeed has.

Addendum: Of course if the Mueller investigation comes up with an unimpeachable case for Trumpite collusion-obstruction of justice-money laundering and what have you (bribery/blackmail) then the whole equation changes. But in terms of policy in the United States, the major damage will have been done.

Steven Jonas, MD, MPH, MS is a Professor Emeritus of Preventive Medicine at StonyBrookMedicine (NY) and author/co-author/editor/co-editor of over 35 books. In addition to his position on OpEdNews as a "Trusted Author," he is a Senior Editor, (more...)
Related Topic(s): Authoritarianism; Climate; Conspiracy; Deportation; Deregulation-Regulation; Energy; Iran; Justice; Media; Racism; (more...) Republican; State; Students; Undocumented, Add Tags  (less...)
Add to My Group(s)
Go To Commenting
The views expressed herein are the sole responsibility of the author and do not necessarily reflect those of this website or its editors.