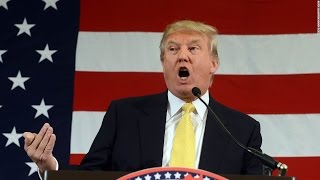 Donald Trump touts his business "success" as a major qualification for running the country. So how does Trump run his businesses and what does this mean for the country? And what about this idea that government should be run like a business, anyway?

The Republican presidential presumptive nominee's mouth makes it difficult to rationally discuss the important issues of the 2016 campaign. Nonetheless, voters will need to know what the country and economy will be like after the election. The candidate's core philosophy of government is a core issue.

So how would Trump run the government? Any search for policy or issue specifics or detailed proposals, whether on Trump's website or in his speeches, comes up short on specifics or proposals of any kind.

In "How Trump Would Manage the Federal Government," Government Executive tries to discern what Trump would do:

Government Executive did find this:

"First: Get government out of activities it can't do well. (A list of things government doesn't do well is a very long list.) Second: Get government back in the business of providing for public convenience (transportation, public works) and safety (police and firefighters), and make sure it does so efficiently. Then judge its efforts by visible, definable results and fine-tune as needed."

Who does Trump cite as a manager he would use as a role model? A September Bloomberg profile, "How Trump Invented Trump," asked him:

"When Trump is asked to name a leader he looks to for advice on managing his company, his mouth, just as acrobatic as his more famous hair, pulls tight, snaps open, and lets out its most important syllable.

"'Mirror,' says one of the two deputies in the room. 'The mirror.'

"Does he admire any other business leaders?

Related Topic(s): Donald Trump Lies; Economy; Workers, Add Tags
Add to My Group(s)
Go To Commenting
The views expressed herein are the sole responsibility of the author and do not necessarily reflect those of this website or its editors.