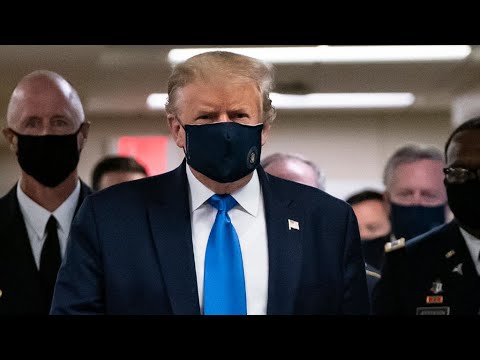 Wall Street donors, corporate CEOs, "Never Trump" Republicans, "Lincoln Project" consultants, "National Security Professionals for Biden": many have expressed revulsion for Donald Trump, the man and the president. It's certainly understandable. Just this week, Trump minimized his own illness, an act of self-aggrandizement will almost certainly result in more deaths.

But how many elites are repelled, at least in part, because Trump is publicly acting out impulses they hide in themselves?

They Did It Their Way

America's oligarchs usually see themselves as victors in the game of life, a game played on a level playing field. They don't see the advantages -- of race, of birth, of inheritance, or neurotic acquisitiveness -- that led to their success. They hide their own misdeeds behind closed doors, while using the media as a canvas for flattering public self-portraits.

Donald Trump is their picture of Dorian Gray.

Sure, some of them express horror at his behavior. They may even feel that horror on a visceral level. But the things Trump expresses -- the vanity, the competitiveness, the sense that his success (such as it is) is his accomplishment alone -- are core beliefs for most of the people who run this country. Most politicians succeed through competition and self-promotion, and the business world's biggest successes are self-selected for sociopathy.

The greed, the bullying, the sexual predation: they hush theirs up, while Trump parades his in public. He is the Id of the American ruling class, the uninhibited creature summoned up from the darkest recesses -- of their psyches, their campaign contributions, and their SEC filings.

When it comes to COVID-19, Trump acted with reckless disregard for his own well-being. Worse, he endangered others. When he became ill, he used the people's resources extravagantly, from helicopter rides to experimental drugs of limited availability that are typically reserved for more severe cases. Then, after having imbibed all the resources one body can absorb, he said the disease was "nothing to be afraid of."

As Washington Post columnist Monica Hesse observed, "President Trump's Monday message to his citizens in conjunction with his own diagnosis, which was, essentially: Avoiding the virus is for suckers."

It's easy to respond to Trump with equivalent snark -- to say, for example, "I like presidents who don't get COVID." But to do that is to downplay the deeply corrosive nature of the president's behavior.

Predictably, Trump's acolytes echoed their idol. They attributed his return to the White House to some personal strengths or virtues, and not to the lavish public resources expended on his behalf. Hesse lists several of them, from Sen. Kelly Loeffler's "COVID stood NO chance against @realDonaldTrump!" to Rep. Matt Gaetz' "President Trump won't have to recover from COVID. COVID will have to recover from President Trump."

They talk as if COVID-19 were a movie monster that can be defeated through hand-to-hand combat and sheer force of will. But the coronavirus is an organism whose spread and lethality occurs within a matrix of forces, from collective behavior (wear your damn mask!) to individual health and socio-economic status. It's the product of communal failures that range from economic inequality and racism to the absence of public health insurance.

Trump's comments are an insult to the memory of 210,000 dead, none of whom bear the culpability for their own deaths that Trump does. His words, and those of his minions, hide the fact that this pandemic is a communal failure. It will take a community effort -- local, national, and global -- to fully cure it.

Related Topic(s): Corona Virus Coronavirus Covid-19; Health; Masks; Trump Against Democracy; Trump Coronavirus Response; Trump Dangerous; Trump Lack Of Dignity, Add Tags
Add to My Group(s)
Go To Commenting
The views expressed herein are the sole responsibility of the author and do not necessarily reflect those of this website or its editors.