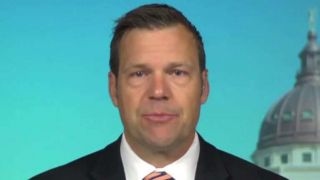 Don't be fooled by news of Trump's Executive Order dissolving the so-called Commission on Election Integrity. Trump is not ending the Kris Kobach scheme to attack, he's moving it into Homeland Security as per Kobach's original plan.

Kobach gloats that Homeland Security is exempt from Freedom of Information Act demands and public hearings -- that was part of his original plan given to Trump.

Kobach claims Homeland Security can REQUIRE states to turn over voter records and can secretly gather lists of "double" or "alien" voters -- this is Kobach's "Crosscheck" on steroids.

The one Democrat on Kobach's committee, Maine Secretary of State Matthew Dunlap, warns: "Homeland Security operates very much in the dark...and I think people should be, frankly, frightened by that."

Kobach will be advising Homeland Security and that's MORE dangerous than operating through an open committee.

This is not a win for progressives -- it's a brilliant chess move by KKK (Kris Kobach of Kansas).

For more on Kobach and Crosscheck get the updated, post-election edition of our hit film, The Best Democracy Money Can Buy: The Case Of The Stolen Election.

Greg Palast's investigative reports appear in Rolling Stone, the Guardian and on BBC Television. His latest film, The Best Democracy Money Can Buy, on how Donald Trump stole the 2016 election, is available on Amazon. Palast is Patron of the Trinity (more...)
Related Topic(s): Integrity; Kris Kobach; Vote Suppression; Voter Disenfranchisement, Add Tags
Add to My Group(s)
Go To Commenting
The views expressed herein are the sole responsibility of the author and do not necessarily reflect those of this website or its editors.