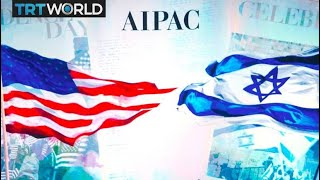 In Israel's treatment of Occupied Palestine, Israel has been violating international law for decades. Under international law, an occupying power is not permitted to incorporate the occupied land into its own domain. However, Israel has persistently done so, evicting Palestinians from their homes, villages, and farm lands in order to build apartments for Jewish immigrants.

As people learned of the fate suffered by Palestinians at Israel's hands, criticism of Israel's policy toward Palestinians by human rights activists grew, and boycott, divestment and sanctions (BDS) movements arose.

In the US the Israel Lobby has attempted to have the Anti-Semitism Awareness Act, the Israel Anti-Boycott Act, and the Strengthening America's Security in the Middle East Act passed. However these acts clearly violate Constitutionally-protected free speech and protest, and Congress, although happy to please the Israel Lobby, doesn't want to pass acts that the Supreme Court will obviously overturn. The ACLU opposes these acts on First Amendment grounds.

So the Israel Lobby has turned to Donald Trump to achieve by executive order what they have not achieved by legislation.

Trump's executive order has initiated a debate whether Trump has in effect declared Jews to be a nationality. See, for example, here and
here.

Trump's executive order silences the Palestinians and those sympathetic to their dispossession. Why in an allegedly free country has President Trump imposed censorship that protects Israel from accountability?

It would seem that this is a far more serious offense by Trump against the US Constitution than the allegations behind the impeachment inquiry.

Allegedly Trump represents the little people against the Establishment, but how are powerless people protected by overturning their First Amendment rights? They hardly have a voice as it is.

As Stephen Lendman reports, Israel being all powerful, is pushing also the British government to protect Israel from accountability to international law:

Related Topic(s): Israel; Israel Firsters; Israel Lobby; Israeli Pressure On US; Trump Israel, Add Tags
Add to My Group(s)
Go To Commenting
The views expressed herein are the sole responsibility of the author and do not necessarily reflect those of this website or its editors.