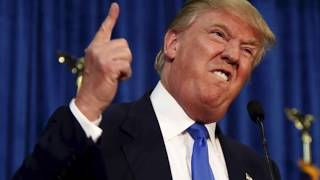 On July 11, President Trump gave up his fight to ask people about their citizenship on the 2020 census.

The question, which the administration has been trying to add to the census since 2017, would have resulted in a significant undercount by dissuading people in households with undocumented residents from responding to the census. An estimated6.5 million people could be uncounted if the question were included, according to the Census Bureau.

The census is used to calculate how many seats each state will have in the House of Representatives, the number of Electoral College votes each state will get in the presidential elections beginning in 2024, and how $900 billion in federal funds will be distributed to the states annually for hospitals, schools, health care and infrastructure for the next 10 years.

There is no doubt the administration knew that a question asking about citizenship would result in an under-count of Latinos and benefit Republicans. GOP strategist Thomas Hofeller had urged that the question be included in the census as it would "be a disadvantage to the Democrats" and "advantageous to Republicans and Non-Hispanic Whites" in redistricting.

In finally throwing in the towel, Trump tried to snatch victory from the jaws of defeat, stating, "We are not backing down on our effort to determine the citizenship status of the United States population."

Trump then declared he was ordering federal agencies to immediately provide citizenship information from their "vast" databases, belatedly embracing a suggestion made by the Census Department last year in a memo suggesting that the government could collect citizenship data more efficiently from federal agency records that already exist.

"Trump's attempt to weaponize the census ends not with a bang but a whimper," according to Dale Ho, director of the American Civil Liberties Union's Voting Rights Project. Ho, who argued the case in the Supreme Court, said in a statement that, "Now he's backing down and taking the option that he rejected more than a year ago. Trump may claim victory today, but this is nothing short of a total, humiliating defeat for him and his administration."

Playing to his base, Trump blamed "far-left Democrats" who, he claimed, "are determined to conceal the number of illegal aliens in our midst," adding, "This is part of a broader left-wing effort to erode the right of the American citizen and is very unfair to our country."

It was the Supreme Court that found the Trump administration's stated rationale for adding the citizenship question deficient.

The high court sent the case back to the federal district court to determine whether the administration could come up with an acceptable rationale for adding the question. The administration had urged the district courts and the Supreme Court on numerous occasions to expedite the case because the deadline for completing the census materials was June 30. After the Supreme Court decision, it appeared the administration had capitulated. Lawyers from the Department of Justice told the judge that the government would print the census forms without the citizenship question.

But the following day, Trump tweeted, "we are absolutely moving forward, as we must." The Justice Department lawyers then informed the judge that they were trying to find a way to add the question to the census. The lawyers who had been handling the citizenship question litigation for the administration sought to withdraw from the case. Two district judges refused to allow their withdrawal.

The administration finally saw the writing on the wall, realizing that the deadline to print the census materials foreclosed a protracted legal battle. After Trump spoke on July 11, Attorney General William Barr said, "The Supreme Court closed all paths to adding the question. We simply cannot complete the litigation in time to carry out the census."

Trump's announcement that his administration will instead use information from federal databases to gather citizenship information raises its own civil rights concerns. The Department of Homeland Security (DHS) is developing the largest database of biographic and biometric data on both citizens and non-citizens in the United States. DHS plans to share the data with federal, state and local agencies.

Related Topic(s): Citizenship US; Immigrants; Trump Against Democracy; Trump Attacks Democrats; Trump Judges; Voting, Add Tags
Add to My Group(s)
Go To Commenting
The views expressed herein are the sole responsibility of the author and do not necessarily reflect those of this website or its editors.