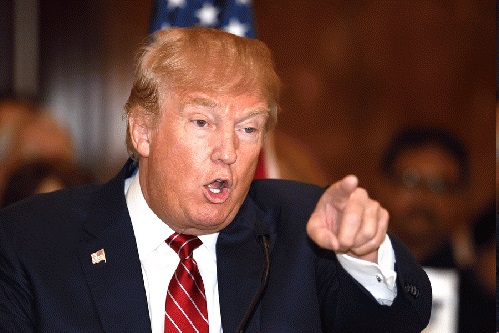 Trump needs to act quickly to get rid of the country's top general. He's Joint Chiefs of Staff chairman Joseph Dunford. This general seems bent on pushing the frayed US-Russia relationship deep into the danger zone. That could lead to a globally devastating nuclear war. Some say millions could be killed in minutes.

Saner heads see clearly the catastrophe that could result from Dunford's foolishness. The New York Times, the Washington Post and countless other news outlets have cried out the danger. They just ran an AP story titled "US-Russia chill stirs worry about stumbling into conflict."

It brings a word of warning from NATO's Supreme Allied Commander Europe, General Curtis Scaparrotti. He asserts that "Washington and Moscow are in danger of stumbling into an armed confrontation that, by mistake or miscalculation, could lead to nuclear war."

The problem, according to Scaparrotti, is that there isn't the kind of safeguard communication between the two countries that is essential. "I personally think communication is a very important part of deterrence," he said, adding, "so I think we should have more communication with Russia. It would ensure that we understand each other and why we are doing what we're doing."

Dunford, on the other hand opposes that. He petulantly whines that "it's very difficult for us to have normal relationships with a country that has not behaved normally over the last few years." So because Dunford doesn't like Russia's actions vis-a-vis Ukraine and Syria he's thwarting opportunities to head off a problem of vastly greater magnitude and consequence. His hubris does not bode well for our safety in the world.

The problem is amplified by the personality volatilities of both countries' presidents. They're prone to precipitous reactions. While Trump brags how tough he's been on Russia, Putin looks ready for a fight. "Fifty years ago the streets of Leningrad taught me one rule: if a fight is inevitable you have to strike first," he told journalists in 2015 according to Newsweek.

"In short, the Kremlin is preparing for war, however defensive its intention," Cohen warns.

It doesn't matter whether the Kremlin's perception of US intentions is correct or not. It is what it is. Opening channels of communication seems to be the only practical avenue toward clearer mutual understanding, and Dunford's standing in the way of that.

That's why Dunford's got to go. He's currently due to serve until October 1. But it's time for Trump to take decisive action now.

Related Topic(s): General Joseph Dunford; Military Joint Chiefs; Nuclear War; Trump Foreign Policy; Vladimir Putin; War With Russia, Add Tags
Add to My Group(s)
Go To Commenting
The views expressed herein are the sole responsibility of the author and do not necessarily reflect those of this website or its editors.