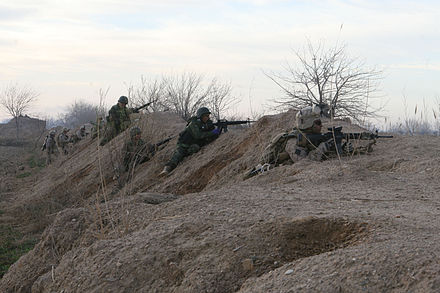 National Security Advisor John Bolton became the latest American casualty of Washington's 18-year war in Afghanistan on September 10, fired by US president Donald Trump shortly after Trump announced that he had planned, but was canceling, a meeting with Taliban leaders at Camp David to ink a "peace deal."

Firing Bolton is a good start. Nobody sane wants a guy who looks like Captain Kangaroo but talks like Dr. Strangelove whispering foreign policy advice in a president's ear. The main effect of his departure from the White House is to shift perceived responsibility for America's ongoing fiasco in Afghanistan back where it belongs: Squarely on the shoulders of Donald J. Trump.

Before Trump became a presidential candidate, his views on the war made sense. "We should leave Afghanistan immediately. No more wasted lives," he tweeted on March 1, 2013. In November of that same year, he urged Americans to "not allow our very stupid leaders to sign a deal that keeps us in Afghanistan through 2024."

Unfortunately his position on the war became "nuanced" (read: pandering and weaselly) as he became first a presidential candidate and then president.

As president, he increased US troop levels in Afghanistan and dragged out the war he once said he wanted to end. In fact, the notional Camp David "peace deal" would merely have reduced those troop levels back to about where they were as of his inauguration. Some "peace deal!"

Throughout Trump's presidency, his non-interventionist supporters have continuously made excuses for his failure to end US military adventures in Afghanistan, Syria, and elsewhere.

It's always John Bolton's fault, or Mike Pompeo's. It's always this general, or that bureaucrat, or the "fake news media," or the "deep state" undermining poor, powerless little Donny Trump, thwarting his sincere desire to do the right thing and bring the troops home.

Oddly, those same supporters would have us believe that Trump is a bold and commanding genius, scattering his opponents before him as he maneuvers 5D chess pieces around their tiddlywinks with his abnormally small hands, Making America Great Again.

It can't be both. Nor is it necessarily either of those things. Whatever it is, this is necessarily part of it:

Trump can pick up his phone any time, call the Chairman of the Joint Chiefs of Staff, and order the withdrawal of US forces from Afghanistan. If his order is disobeyed, he can relieve the generals who fail to follow it and replace them with others who'll do their jobs.

Donald Trump owns this war. If he doesn't end it, that's on him and no one else.

Related Topic(s): Afghanistan War; Trump And Bolton, Add Tags
Add to My Group(s)
Go To Commenting
The views expressed herein are the sole responsibility of the author and do not necessarily reflect those of this website or its editors.