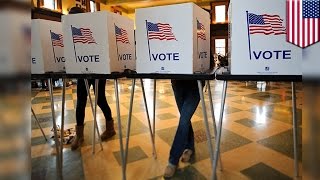 The commission recently sent a letter to all 50 states requesting the very same data that Republican state governments have used to create hyper-partisan gerrymandering and enact restrictive voter ID laws across the country.

This commission is laying the groundwork for nationalized voter suppression. It is completely illegitimate and will harm our elections.

But the presence of the secretaries of state for Maine and New Hampshire on this commission -- both prominent Democrats -- is making it look bipartisan. And that gives it a greater chance of succeeding. We can't allow that to happen.

Nationally, the Democratic Party is gaining support as the country's demographics become increasingly diverse. The Republican Party has known for several years that its best tactic to cling to power is not to build a party worth supporting, but to deny participation in the political process to Democratic voters.

So Republicans have been suppressing voters state-by-state for years. And now that they control the White House, they're trying to do it nationally.

But don't take my word for it. National voter suppression expert and co-chair of the commission Kris Kobach even went on CNN this week to tout the commission's bipartisan credentials. We have to make it clear this commission doesn't have legitimate support from both parties.

Thank you for standing up for our democratic legitimacy today,

Related Topic(s): Democrats; Gerrymandering; Petition; Vote Suppression; Voter Disenfranchisement, Add Tags
Add to My Group(s)
Go To Commenting
The views expressed herein are the sole responsibility of the author and do not necessarily reflect those of this website or its editors.