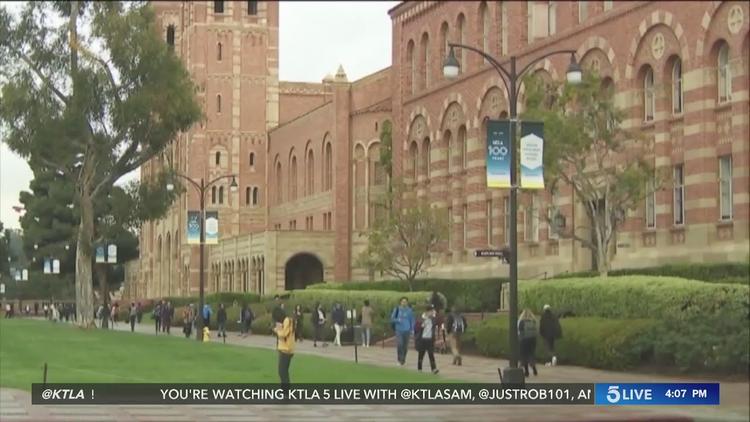 Trump notoriously set up a phony "university" to bilk prospective students of millions of dollars. He lost a civil suit to the outraged victims and had to pay them $25 million.

Now the stable genius is coming for America's universities. He wants to kick out all international students where their universities hold online classes. Such students contribute on the order of $50 billion a year to the US economy and help keep some colleges solvent. Trump said Friday he wants the Internal Revenue Service to look into depriving them of their tax exempt status because, he says, they are left wing propaganda mills.

Actually, that isn't a thing. What gets you denied 501(c)3 tax exempt status is being partisan, i.e., using your resources to elect members of one political party or another. Having members who express thoughts about values is not grounds for removal of tax exempt status for an organization. Moreover, university professors teach students to think critically, not to accept propaganda, and that is what really upsets Trump, who has told 20,000 lies and doesn't like having them challenged.

Except that the American Heritage Foundation and the American Enterprise Institute have repeatedly served as extensions of the Republican Party, and they still are tax exempt. Not to mention that hundreds of evangelical preachers have openly urged their congregations to vote for Trump and other Republicans in Sunday sermons, and their tax exemption isn't being challenged.

So it seems it is only when university professors dare express an opinion in public that the Right gets up in arms.

Moreover, universities are not left wing. I wish they were. Universities are called that because they have lots of schools. The Business School, the School of Pharmacy, the Medical School, or the School of Engineering at universities do not typically tilt left. To say the least. Even within the schools of sciences and the arts (which are typically lumped together), there is a wide range of views. Most professors are not very political, and politics doesn't come into most of what they do. Stanley Fish pointed out that is it hard to see how a book about medieval French literature can be positioned as left wing or right wing. Likewise I'm not sure that physicists working on quarks give much thought to whether the quarks favor medicare for all.

Most universities in the United States have not divested from fossil fuels. Most of them put out hundreds of thousands of tons of carbon dioxide every year. Most of them are not very good on racial diversity. African-Americans are some 12% of the US population but are not very visible in the faculty and might be 4% of undergraduates at the major universities. American universities have a shameful record on supporting Palestinian rights, where they haven't actively joined in suppressing them. At many of them, the custodial staff is not paid very well. I'm just not sure what is left wing about these universities. There are leftist faculty members, but they aren't typically the ones who become provost or president or wield any power.

Unlike Trump, who not only ran his own businesses into the ground but now has through his mismanagement of the coronavirus contributed to a new Great Depression, universities actually add value to society. Universities are engines of economic growth, as careful studies have shown. Inventions made at US universities and licensed by them from 1996-2016 may have contributed half a trillion dollars to industry profits and thus to the gross domestic product.

"Colleges and universities ignite innovation. From 1996 to 2015, technology transfer from universities sparked development of more than 380,000 new inventions, contributed $591 billion to the national GDP, and supported 4.3 million jobs. In fact, 9 out of 10 U.S. patent holders have bachelor's degrees, and nearly half have professional or doctoral degrees."

Trump has contributed nothing to American innovation and has not invented anything. He has been a parasite, as with his fraudulent university and preying on people with his casinos. Casinos are a racket. In many of the games, the house is guaranteed 20% or 30% over time. But Trump still managed to go bankrupt four times.

If the Orange Menace succeeds in knee-capping the universities to dull the critical faculties of Americans, then the whole Republic will be lost.

Related Topic(s): Students; Trump Against Universities; Trump Cruelty; Trump Dangerous; Trump Liar; University_Investment_Funds, Add Tags
Add to My Group(s)
Go To Commenting
The views expressed herein are the sole responsibility of the author and do not necessarily reflect those of this website or its editors.