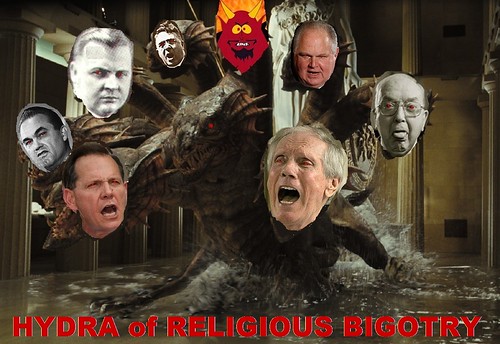 
According to Leigh Corfman , she was 14 when Alabama's Republican Senatorial candidate Roy Moore took her to his home in the woods, undressed her, and touched her inappropriately. "Please just get this over with. Whatever this is, just get it over", she says she pleaded of him.

Beverly Young Nelson says she was 16 when Moore gave her a ride home from work. She says he groped her and pushed her head to his crotch.

Wendy Miller was 16 when, as she said, Moore asked her out on dates. Debbie Wesson Gibson was 17. Gloria Thacker Deason says she was 18 when Moore plied her with wine, despite Alabama's legal drinking age of 19. Retired Gadsen police officer Faye Gary told The New York Times, "It was a known fact: Roy Moore liked young girls."

Roy Moore has flatly denied these accusations. He refuses to back out of the senatorial race, despite having lost the backing of a big chunk of the Republican Party , many apparently would rather see a Democrat win than Roy Moore. President Trump's own daughter Ivanka stated she believes the accusers. And if you like your stories to take a weird twist to the truly bizarre, there's also the attempt by a right-wing, anti-media company to trick The Washington Post into posting a fake news story , in order to discredit media reports about Moore.

The ongoing tidal wave of sex-abuse allegations is destroying careers left and right. Some Hollywood titans may never work again. The man who brought us Toy Story is stepping down from Pixar. Senator Al Franken even called for an investigation into his own behavior . Matt Lauer is out of a job. But somehow, a Bible 'trumping' judge from Alabama is still in the senatorial race, and with Trump's blessing. Why would anybody still back Moore, when dumping his bid for the Senate seems like the obvious moral choice? Instead Moore is still stumping like everything is just fine.

The reason appears to be the proposed right-wing revisions in federal income taxes favoring the rich. Kellyanne Conway acknowledged that Moore's victory is essential to getting the Republican tax bill passed. Trump
himself echoed that statement saying, "We don't want a liberal in there."

Let's look at that so-called tax reform that Moore is so desperately needed for according to Republicans. Among the things this "reform" repeals is tax deductions for teachers who use their own money to buy school supplies for
underfunded classrooms. Taxes on graduate students would rise as much as 400 percent in the House bill by eliminating certain tax breaks grad students now receive. First responders might lose precious state and local funding because the tax bill puts a cap on federal tax deductions for state and local taxes paid.

The proposed tax changes would also hurt the people we want working and thriving in this country, for the betterment of all citizens. Yet, for those that can afford a private jet they would get tax breaks. It's pretty easy to see that this mentality of "Who cares about the women so long as my private jet is tax deductible" is antithetical for most Americans. We're the country that supposedly values Title IX to protect our students by prohibiting discrimination on the basis of sex in any federally funded education program or activity. The public is rooting out sexual abuse via social media. Most every company has a sexual harassment policy because "sexual harassment is a form of sex discrimination that violates Title VII of the Civil Rights Act of 1964".

The public has reacted swiftly and crushingly to allegations of sexual abuse by public figures, and harassment and rape of minors as reported in the media. That basic, inherent disgust by the public in such behavior is who we really are. We, the people are not the Roy Moore's. And while some of us might even be Ivanka, President Trump does not reflect our values.

Related Topic(s): Carper-Thomas; Republican; Sex Crimes Pedophiles; Sex Offender; Sex Scandals; Sexism; Sexual Abuse; Sexual Assault; Trump Tax Plan, Add Tags
Add to My Group(s)
Go To Commenting
The views expressed herein are the sole responsibility of the author and do not necessarily reflect those of this website or its editors.