Reprinted from www.dailykos.com by David Pakman 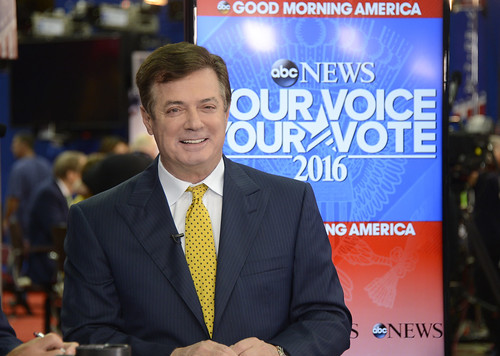 Yesterday, we learned that the FBI raided the house of Donald Trump's former campaign chairman, Paul Manafort, back on July 26.

The raid pertained to the overall investigation into possible collusion and illegal activity related to Donald trump's campaign and Russia, and according to the New York Times, the agents were seeking "tax documents and foreign banking records."

FBI agents stormed Manafort's home before dawn, suggesting it was likely a "no knock raid." These sorts of raids happen when law enforcement officials want to prevent you from scrambling to destroy evidence, so they show up in the middle of the night and unannounced.

This is a serious development for sure, and we'll likely learn what if anything of interest was recovered during the raid as Robert Mueller's investigation concludes.

But there's another layer to this story that a lot of people are missing. Naturally, after it was first learned that the FBI raided Manafort's home on July 26, some journalists went back and looked at Trump's tweets from that day and found something striking.

Just hours after the raid took place, Trump shot of two tweets at 9:48 a.m. that said "Why didn't A.G. Sessions replace Acting FBI Director Andrew McCabe, a Comey friend who was in charge of Clinton investigation but got big dollars ($700,000) for his wife's political run from Hillary Clinton and her representatives. Drain the Swamp!"

The assertion made by trump in the tweet happens to be false, no surprise. NPR fact checked the claim, and found that McCabe was never in charge of Clinton investigation, and the financial links to Clinton weren't true either.

But the real story, of course, is the coincidental timing of Trump's tweets. Seemingly out of the blue, Trump starts attacking the Acting FBI director, along with his own attorney general Jeff Sessions. At the time, we thought the attack on Sessions was because of leftover anger about Sessions' recusal, and that Trump was taking his frustration about Mueller's investigation out on him.

But now we know that the tweets came just mere hour's after McCabe's FBI raided the house of his former campaign manager. In that context, the tweets start to make sense, and it's hard to imagine that there was any other catalyst for them now that we have this new information.

Of course, we don't yet know for a fact that Trump was aware of the FBI's raid at the time he sent those tweets, but it appears highly likely that he was. And of course, if he did know, he didn't like it, and lashed out immediately at Sessions and McCabe, and started threatening to fire them.

Related Topic(s): Donald Trump Lies; Federal Agency FBI; Paul Manafort, Add Tags
Add to My Group(s)
Go To Commenting
The views expressed herein are the sole responsibility of the author and do not necessarily reflect those of this website or its editors.