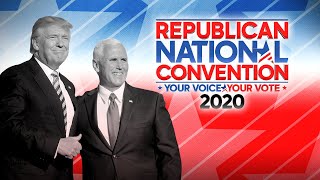 The most unconventional conventions for the two major parties are over and the tickets formally approved: Trump/Pence versus Biden/Harris.

What is patently obvious in this election is sheer hypocrisy. Delivering his acceptance speech most unusually on the South Lawn of the White House, Donald Trump portrayed himself as a candidate for God, and the Democrats less so! Securing his base with the promise of manufacturing jobs, he then proceeded to a recitation of his accomplishments that unsurprisingly included exaggerated claims about the moribund economy with which not many analysts would agree.

For example, Trump said he saved 51 million jobs through the $660 billion taxpayer funded paycheck protection program (PPP). Economists have serious doubts. Reuters reported the 51 million refers to the total number of workers reported by businesses approved for a PPP loan.

Expert views hold the number at between 5 to 7 million jobs saved according to work done by researchers at MIT and elsewhere. Some like Adam Michel of the far from liberal Heritage Foundation, who is a senior fiscal policy analyst, put more faith in a study authored by economists from the Federal Reserve, MIT and ADP Research Institute. Their findings estimate 2 to 3 million jobs saved through June -- a far cry from 51 million.

Where did the 51 million figure originate? It turns out firms filling the PPP loan application are required to report their number of workers. The 51 million then represents the total number of employees at the firms receiving PPP loans. For the figure to be true, one would have to be certain the firms would have been bankrupt without their loans -- hardly plausible. More than likely, they would have laid-off some workers and continued to meet the reduced demand. Thus the 2 to 3 million figure from the academics who examined the question.

And so the acceptance speech droned on. Has anyone ever seen so many flags? As if the Stars and Stripes were a camouflage for the incompetence of this administration.

The worst has been its reaction to Covid-19, But the story begins in 2017. During the transition, the incoming administration was warned of the shortage of personal protective equipment for workers during a pandemic to no avail. Much worse was to come for Trump proceeded to dismantle the National Security Council's (NSC) global health security and biodefense section. When asked about it at one of his coronavirus briefings, he retorted the question was nasty? Not nearly as nasty as the unnecessary lives lost through a lack of structure to respond quickly and effectively. As of August 30, the US death rate per million population is 564. It is comparable to Brazil (566) and more than double that of our neighbor Canada (241). Even Mexico at 489 does better.

Ivanka Trump says Trump ran for office to 'make America great again'. But it was the most powerful country on earth -- by far --- when he took office and it still is. Yes, China is a rising power right on its heels but it will take it a while to catch up. On a purchasing power parity (PPP) basis, China's per capita income is still only $16,482 versus the US's $59,928.

Acta non verba is the Latin phrase that comes to mind for this administration.

Arshad M Khan is a former Professor. Educated at King's College London, Oklahoma State University and the University of Chicago, he has a multidisciplinary background that has frequently informed his research. He was elected a Fellow of the (more...)
Related Topic(s): Acceptance Speech; Pandemic; Trump; Trump Hypocrisy, Add Tags
Add to My Group(s)
Go To Commenting
The views expressed herein are the sole responsibility of the author and do not necessarily reflect those of this website or its editors.