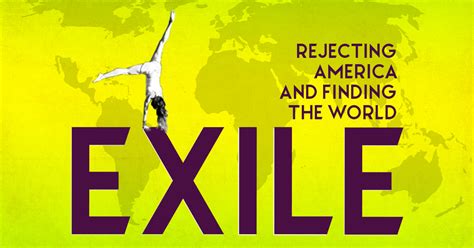 Treason as a lifestyle: I'll drink to that

Domestically, there was the Homeland Securitization of everything...the steady erosion of civil liberties, the very liberties we were allegedly fighting to protect. The cumulative damage -- the malfeasance in aggregate -- was staggering to contemplate and felt entirely irreversible, and yet we were still honking our horns and flashing our lights in jubilation.

At the end of his court martial for treason, the fictional character, Lieutenant Philip Nolan, was asked if he had anything to say to the court before sentencing. Rashly, he blurted out, "Damn the United States! I wish I may never hear of the United States again!" A stunned judge granted his wish and Nolan became the legendary ex-pat described in the short story, "The Man Without A Country," by Edward Everett Hale. He was condemned to live at sea his remaining days (56 years) without ever again being vouchsafed a single word of his beloved country. The teary tale of patriotism was required reading back in the elementary days when it was also mandatory to stand-up (no knees) for a recitation of the Pledge of Allegiance, right hand across the heart.

I thought of Nolan's plight as I read Exile: Rejecting America and Finding the World, Bele'n Ferna'ndez's travelogue, beefed up with op-ed riffs on local and global politics. It's not an easy comparison; there are many complicating factors to their respective exiles -- beginning with the fact that Nolan's is involuntary (he really didn't mean what he blurted out), while Ferna'ndez leaves thoughtfully rejecting America.

The other thing they have in common is that their views on American militarism are not welcome by the mainstream patriots of their times. Nolan's "treason" was that he had spoken out for peace during the Civil War, at a time when the Union was having difficulty recruiting soldiers, while Ferna'ndez openly rejects the War on Terror and its rootedness in what she regards as a drive for world domination.

Related Topic(s): America; Blogger; Capitalism; Columnist; Exile; Fascism; Integrity; Palestinians; Politics; Refugees; (more...) Risk; Thats_why_the_lady_is_a_terrorist; Treason, Add Tags  (less...)
Add to My Group(s)
Go To Commenting
The views expressed herein are the sole responsibility of the author and do not necessarily reflect those of this website or its editors.