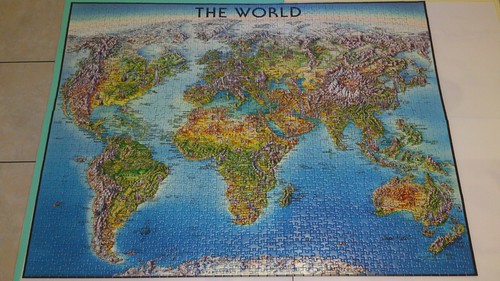 In Maslow's Hierarchy of Needs , our physiological and safety needs, which are extremely important to our physical survival, are at the base of his five-tiered pyramid model. It is only after those needs are met that we focus on the need for love and belonging. After that, we move up to the next tier of the pyramid where the need for self-esteem becomes important to us. Then at the top of the pyramid, if our need for self-esteem has been fulfilled, we will have the need for self-actualization, which is when we express much more of our full potential in creative ways. This is a simplified summary of Maslow's Hierarchy.

Many years ago I read an article that said that Maslow had expressed before he died that he believed that the highest level of self-actualization would involve transcending the ego to become spiritually enlightened. It was this view that inspired me to admire humanistic psychologists such as Abraham Maslow and Carl Rogers who were early advocates of the human potential movement. But now I am saying that this very noble expression of self-actualization is not enough. Many individuals today are just striving to grow spiritually because they have given up on changing the world. But considering the current trajectory of the human race, we have to focus not only on saving our souls but on saving the world. This is why we need a more comprehensive model of human development.

Becoming more like the Buddha, Jesus, or Krishna is not enough. We also must have a need to compassionately work for world peace, global justice, ecological wisdom, and the happiness of every person on the planet. When a majority of world citizens attain both the spiritual and social-political aspects of this expanded idea of self-actualization, we will achieve what can be called "World Self-Actualization." Moreover, if we work so that every person in every country has an equal opportunity to realize their fullest potential, we will achieve World Self-Actualization sooner.

Right now these goals may seem impossible to achieve, but when we profoundly educate people in both the cognitive and affective domains and maximize democracy in every nation--we will create peace, happiness, and joy in the world for the very first time. Instead of succumbing to an attitude of dystopia, we can choose to believe that when enough people work to grow spiritually and to save the world in a political way--we will make it happen.

Let us begin by discussing the political changes needed in the United States; other nations will need to make similar changes. This article focuses a great deal on political theory, but it is imperative that we consider what are the highest political ideals to strive for, even if takes several generations to accomplish them. But in a world where things are happening at a faster and faster rate, it will not have to take that long to wake up the people who are living in a matrix, who have false beliefs about almost everything.

Currently we have representative democracy at city and county levels too, but now we should consider direct democracy at these lower levels of government to let the people share their voices when they desire it. This is better than just letting people vote for representatives who rarely change anything significantly. As the saying goes, "If voting could change anything, it would be made illegal."

Direct democracy could work even in a large city because only the individuals most concerned about particular issues would show up regularly, possibly at a large auditorium, to voice their opinions in face-to-face discussions before voting on an issue after several days of deliberation. It is time to start exploring ways to make direct democracy at each municipality a reality.

Representative democracy is still needed at national and state levels as stated above. But we must change the system so that our national and state representatives represent us, the 99 percent, instead of representing the Deep State, the military-industrial complex, the Shadow Government, and the transnational corporations. The Deep State involves people in government, and the Shadow Government includes those who pull strings from behind the scenes in support of the Deep State. Christian conservative, ex-CIA member, Kevin Shipp, in youtube videos has revealed amazing things about how the secret government is organized. Kevin Shipp, seemingly a Trump supporter, argues that there is a Deep State plot against Donald Trump. Trump may not represent the Deep State, but then many on the left would say Trump still represents the interests of the one percent.

Instead of working for the self-actualization of every person in every nation, the one percent have worked for the self-aggrandizement of themselves. If they continue to get their way, they will not be able to escape the world as the whole world unravels and our sacred earth is destroyed.

To be very progressive, we could implement proportional representation in national and state legislatures, have Ranked Choice Voting, and we could abolish the Electoral College System for electing a president--without creating a new federal constitution. But ideally we should eliminate the U.S. Senate altogether because it is very undemocratic: California's population is much greater than Wyoming's, yet they both have the same number of senators. To abolish the U.S. Senate would require a new constitution. Eliminating the U.S Senate would create a unicameral legislature which could make it easier to pass laws and amendments. But if we cannot immediately abolish the U.S. Senate altogether, we could elect members of the U.S. Senate by using Ranked Choice Voting after we equally empower the 7 largest national political parties.

If we had maximized democracy throughout the history of our nation, the following 9 social sins might not have manifested so perniciously: imperialism, nationalism, corporate capitalism , anti-environmentalism, racism, speciesism , materialistic lifestyle, patriarchy, and the discrimination against the LGBTQ community.

Related Topic(s): Bottom-up; Democracy; Education; Happiness; International; Neighborhood; Schools; Spiritual; Workplace; World Issues; (more...) World Peace, Add Tags  (less...)
Add to My Group(s)
Go To Commenting
The views expressed herein are the sole responsibility of the author and do not necessarily reflect those of this website or its editors.