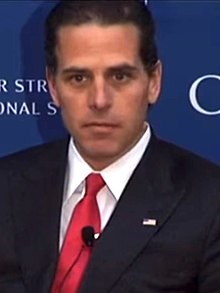 No debates but we had matching townhalls. THe first debate will be remembered for Trump's persistent interruptions of his opponent. If he had hopes of a boost in the polls it was not to come. He is still down in the polls but keeps predicting a 'big beautiful red wave' on election day.

With no opponent to hector in a townhall, Trump's combative DNA made moderator Savannah Guthrie the target. Questions in a townhall come from the public but Guthrie cut through Trump's usual slanting of facts. When he went after Obamacare promising his usual 'fantastic' healthcare she pricked that balloon fast reminding Trump his party held both houses of Congress for his first two years and asking why he had not passed his 'beautiful' healthcare plan then. He quickly changed the subject.

In the competing townhall, Biden droned on with facts and figures from notes. Except of course for the occasional stutter and difficulty enunciating words. He leads in the polls including the swing states although his lead continues to diminish. Meanwhile a New York Post story on son Hunter's escapades in China and the Ukraine while Daddy was vice-president was ignored by mainstream media and blocked by Facebook.

As Mayor Richard J. Daley of Chicago (that is old Boss Daley who ruled Chicago in the 1960s) who when caught passing on $1 million worth of no-bid insurance contracts to his son said simply, "If a man can't put his arms around his sons, then what kind of a world are we living in?" Of course without bids and the lowest bid winning the contract, the public lost and the money came out of the taxpayer's pocket. But Daley's almost comical take had them laughing and joking about the Daley machine; a machine which, by the way, became famous for the phrase . . . 'vote early and often'.

If in the Hunter Biden case, the money comes from Ukraine or China, the public is even less concerned. . . it's never a perfect world.

Then there is Kamala Harris whose Stanford professor father was from Jamaica and whose Tamol mother was also a Ph.D. With such illustrious parents, it is no surprise her sister has a JD from Stanford. If the Biden/Harris ticket wins, she will be the first black vice-president, also the first person of Indian descent to hold that post. Her Wikipedia page shows her to be a tough prosecutor earning fame as California's attorney general, and eventually winning a seat in the US Senate.

Betting odds are also favoring Biden. At -190 you would have to put down 190 to win 100. In Trump's case at +155, you can put down 100 to win 155. Remember the bookies do not want to lose which is why a bet on Biden is more expensive. He is the favorite to win. If bookies odds condense opinion, it looks like Trump is going to lose the election. All the same, a lot can happen in two weeks.

Arshad M Khan is a former Professor. Educated at King's College London, Oklahoma State University and the University of Chicago, he has a multidisciplinary background that has frequently informed his research. He was elected a Fellow of the (more...)
Related Topic(s): Election 2008; Election Circus; Election Reform Activism; Elections And Campaigns, Add Tags
Add to My Group(s)
Go To Commenting
The views expressed herein are the sole responsibility of the author and do not necessarily reflect those of this website or its editors.