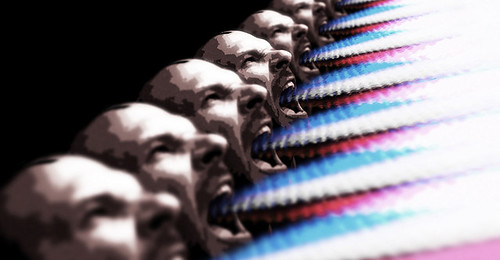 [Editor's note: "Those who cannot remember the past are condemned to repeat it." --- Spanish-American philosopher George Santayana.]

The deadline is still a month and a half away to enter an online teaching video competition sponsored by Psychologists for Social Responsibility (PsySR). Our organization is calling for educators who support academic freedom to create and upload online videos teaching the content of a recently-published article about the pedagogically useful features of the psychology-abetting-torture scandal. The scandal the article references is an inadequately-covered national imbroglio that you can read up on here. The article itself is "A Teachable Ethics Scandal," by Mitchell Handelsman, and appears in the flagship journal of Division 2 of the American Psychological Association, Teaching of Psychology.

Gerald Koocher, a psychologist mentioned frequently in the 2015 report of an independent investigator into this scandal, has made an attempt to persuade various parties to retract Handelsman's article. Though original plans to retract in response to this persuasion have, for the moment, been walked back, it is not clear what institutional protections the author and editor have from the publisher (SAGE) or from the APA. These institutional protections would be important in the event that refusing to retract provokes, say, a frivolous lawsuit.

The retraction of such a politically and historically relevant article to ward off a potentially expensive-to-defend lawsuit would threaten academic freedom and the integrity of historical memory on this issue. The purpose of the PsySR competition is to spread the story--and the teaching points about psychology--that Koocher's persuasive efforts might otherwise suppress.

Please note that the author of the article, Mitchell Handelsman, has not endorsed this competition, and I, as president of PsySR, have not consulted him or directly corresponded with him at all. The competition is a matter of an organization without a direct connection to Handelsman taking up the cause of academic freedom to protect our own interests and the interests of other academics who might write on the same issues Handelsman did--or any other controversy for that matter.

Given the fierce opposition Handelsman's article has inspired from those tainted by the scandal he references, it is ironic how implicitly non-judgmental Handelsman's tone is. He notably declines to condemn those APA leaders who colluded with U.S. government agencies to wittingly or unwittingly to create a key role for psychologists in the state apparatus of U.S. torture. He instead does something that the APA leaders in question might find even more galling. He draws on research and theory in social and cognitive psychology to offer a more forgiving perspective on their moral failures. And no one likes to be forgiven for things they refuse to admit were apocalyptically wrong. From Handelsman's article:

When reading the Hoffman report, it might be tempting to see the major players as evil people. This, however, would be an example of the fundamental attribution error. A more complete exploration includes situational factors: Some of the players might be more like participants in Milgram's (1974) obedience studies than evil villains. Other important concepts with direct applicability to the scandal are groupthink (Griffen, 2014; Janis, 1982) and terror management theory (Burke, Martens, & Faucher, 2010; Pyszczynski, Solomon, & Greenberg, 2003). 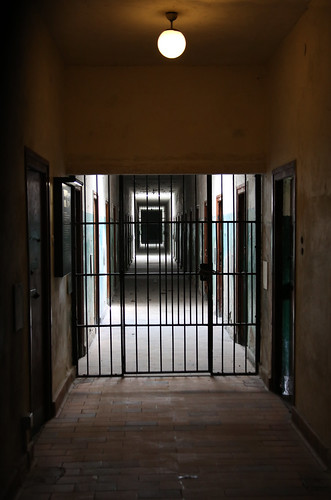 Indeed, the sometimes yawn-inclined students of psychology should appreciate Handelsman's approach too. So many pedagogical introductions of psychological concepts usually begin with a reference to some historical event in the 1940s through the 1970s. This was the historical period that inspired some of the most seminal research in cognitive and social psychology. Though it is useful to review history going back generations, it is also helpful to hear about how the psychological science you are studying is relevant to present day events.

The more recent and relevant you make your illustrative historical references, however, the more likely it is you will rub someone powerful the wrong way. Social psychology studies on obedience arose as an attempt to explain the "banality of evil" exhibited by Nazis like Adolf Eichmann, who made a persuasive pose of opposition to the Holocaust but dutifully planned the logistics of its execution anyway. Social psychology studies on groupthink arose as an attempt to explain the sometimes disastrous decisions of groups, like the decision that John F. Kennedy's advisers successfully encouraged him to make with regard to the Bay of Pigs invasion of Cuba. Social psychology studies on the psychological barriers to helping behavior arose from an attempt to explain why so many witnesses to the murder of Kitty Genovese refused to help or even call 911 as it was taking place.

Which contemporary avatar of power and privilege wants to be this generation's Adolf Eichmann, adviser to Kennedy's disastrous Bay of Pigs invasion, or bystander to the Kitty Genovese murder?

It is particularly provocative to reference the dark recent history of the psychology profession when trying to explain the features of human character that this same profession prides itself on discovering, and having intellectual mastery over. Why are we even bothering to teach the grave follies that our untutored psychological proclivities put us at risk for if our whole profession can so easily become a revolting exemplar of that folly as if we knew nothing[1] ?

Ian Hansen is an Associate Professor of psychology and the 2017 president of Psychologists for Social Responsibility.

Related Topic(s): Competition; Ethics; Freedom; Obedience; Psychologists; Psychology; Scandal; Teaching; Torture, Add Tags
Add to My Group(s)
Go To Commenting
The views expressed herein are the sole responsibility of the author and do not necessarily reflect those of this website or its editors.

STAY IN THE KNOW
If you've enjoyed this, sign up for our daily or weekly newsletter to get lots of great progressive content.
Series: "The Scandalous "Teachable Ethics Scandal" Retraction"

To Error and Back Again, or How I Learned to Stop Worrying and Love Christopher Hitchens, Part 3

Part 1: What Is the Trans-Pacific Partnership, And Why Don't I Care?

To Error and Back Again, or How I Learned to Stop Worrying and Love Christopher Hitchens, Part 1

Sam Harris and Bill Maher are not racists!

Part 3: The Puzzle of "Liberal" Obama's Support for the TPP

To Error and Back Again, or How I Learned to Stop Worrying and Love Christopher Hitchens, Part 2