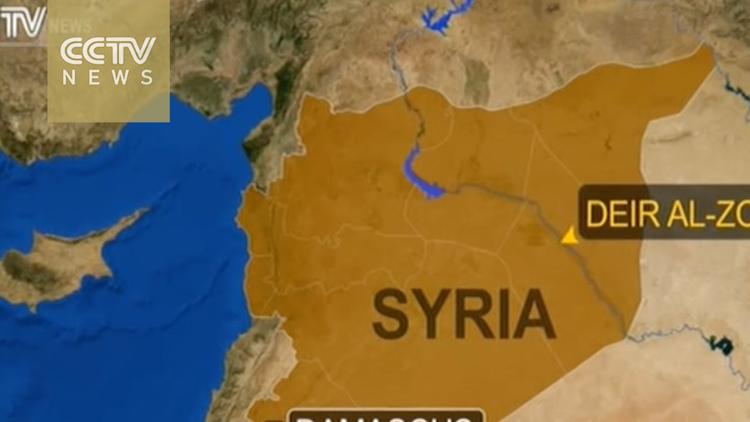 Trump keeps talking about taking Syrian oil. In fact, many of those 1,000 special operations troops he pulled out, sending them to Iraq, are mostly back in Syria now, but in Deir al-Zor rather than up north. That is because the lion's share of Syrian petroleum is in Deir al-Zor province.

Trump said, "We are leaving soldiers to secure the oil. And we may have to fight for the oil. It's OK. Maybe somebody else wants the oil, in which case they have a hell of a fight. But there's massive amounts of oil."

He also said, "What I intend to do, perhaps, is make a deal with an Exxon Mobil or one of our great companies to go in there and do it properly,"

He added that the US should be able to take some.

This is a pipe dream. No oil major would be interested.

There are many problems with Trump talking like this. Here are a few:

1. It would be a war crime. The US presence in Syria is of dubious legality. It was justified by the Obama administration as self-defense against ISIL, which was planning attacks on the US mainland. But ISIL no longer exists as even an informal state, and so the redeployment to Deir al-Zor is hard to see as self-defense.

But in any case, the US presence is a form of occupation. Occupying states are forbidden to drain the resources of occupied territories "by Articles 49 and 53 of the Fourth Geneva Convention and Articles 43, 46, 53 and 55 of the Hague Regulations."

Trump's plans are also a form of pillage under the Rome Statute and could result in charges by the International Criminal Court.

Taking the oil is equivalent to destroying its value for the locals. The 4th Geneva Convention says:

"Art. 53. Any destruction by the Occupying Power of real or personal property belonging individually or collectively to private persons, or to the State, or to other public authorities, or to social or cooperative organizations, is prohibited, except where such destruction is rendered absolutely necessary by military operations."

So it is just illegal.

2. The second problem is that the Syrian oil fields have largely been devastated by US airstrikes to deny them to ISIL and they are for the most part not operating. So no oil to speak of is coming out of the ground and nor is there much prospect of it doing so any time in the near to medium future. You'd have to make significant investments.

This should be underlined. Syria has no oil to speak of, and certainly not the sort of potential production that would remunerate a US investor.

Related Topic(s): Iran; Oil; Syria; Syrian Situation; Trump; Trump Crime; Trump Liar, Add Tags
Add to My Group(s)
Go To Commenting
The views expressed herein are the sole responsibility of the author and do not necessarily reflect those of this website or its editors.