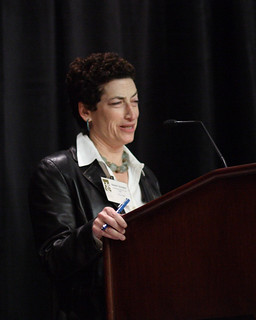 When I go out with my not quite three-year-old grandson, his idea of a good time is hide-and-seek. This means suddenly darting behind a bush too small to fully obscure him or into a doorway where he remains in plain sight, while I wander around wondering aloud where in the world he could possibly be. In this, there's a kind of magical thinking and denial of reality that has great charm. When similar acts of denial are committed by adults, when they refuse to see what's right before their eyes -- the melting sidewalks and roads of India, the emptying reservoirs of parched California, the extreme rain and flooding in parts of Texas and Oklahoma, the news that last year was a global heat record for the planet and this year is already threatening to be another, or that Alaska just experienced its hottest May ever, or that 13 of the 14 hottest years since temperatures began to be recorded took place in this century, or that a supposed post-1998 "pause" in the planetary warming process was a fantasy -- the charm fades fast. When you discover that behind this denial of reality lies at least $125 million in dark money, it fades even faster. In just three years, unidentified conservative sources have poured that eye-popping figure into a web of think tanks and activist outfits dedicated to promoting climate denial (and not even included in that amount are the vast sums that Big Energy continues to contribute to the promotion of denialism, as it has done since the 1980s). In other words, some of the most powerful and profitable interests on the planet are determined to deny reality with a ferocity meant to confuse the public and put a damper on any moves or movement to save a planetary environment that has long nurtured humanity. It's a charmless spectacle.

The well-funded climate deniers and the politicians who support them (and are, in turn, supported by the same set of funders) repeatedly yell "hoax." In truth, they are the hoax and by now, were we looking, we would see that they are standing in a nearby doorway stark naked and in clear sight. And yet, backed by all that money, they essentially control the Republican Party and the Republican Congress. (Seventy-two percent of the Republican Senate caucus, for instance, now qualify as climate deniers.) This means that, for the party's increasing horde of presidential candidates, the phrase "I'm not a scientist, but..." followed by doubts about or the rejection of climate science will be a commonplace of election year 2016. It couldn't be a grimmer vista, even though in the decades to come achieving a relatively speedy changeover to non-greenhouse-gas-releasing fuels seems ever more possible.

This means, of course, that taking on the climate deniers directly couldn't be more important. That's why TomDispatch is lucky to have historian of science Naomi Oreskes return -- having only recently given testimony before a Republican-controlled congressional committee dotted with climate deniers -- to take on their false claims, fantasies, and lies. She co-authored with Erik Conway the now-classic book Merchants of Doubt on how the fossil fuel companies, like the tobacco companies before them, created a public sense of uncertainty about the dangers of their products when a scientific one didn't exist. More recently, again with Conway, she wrote The Collapse of Western Civilization: A View from the Future, a look back at the effects of global warming and climate denialism from the point of view of a historian of 2393. Tom

Recently, the Washington Post reported new data showing something most of us already sense: that increased polarization on Capitol Hill is due to the way the Republican Party has lurched to the right. The authors of the study use Senator John McCain to illustrate the point. McCain's political odyssey is, in some dismaying sense, close to my own heart, since it highlights the Republican turn against science.

As unlikely as it might seem today, in the first half of the twentieth century the Republicans were the party that most strongly supported scientific work, as they recognized the diverse ways in which it could undergird economic activity and national security. The Democrats were more dubious, tending to see science as elitist and worrying that new federal agencies like the National Science Foundation and the National Institutes of Health would concentrate resources in elite East Coast universities.

In recent decades, of course, the Republicans have lurched rightward on many topics and now regularly attack scientific findings that threaten their political platforms. In the 1980s, they generally questioned evidence of acid rain; in the 1990s, they went after ozone science; and in this century, they have launched fierce attacks not just on climate science, but in the most personal fashion imaginable on climate scientists.

While Senator McCain didn't go directly down the path of attacking science, he, too, shifted in disturbing ways. After all, with Democratic Senator Joe Lieberman, he had been a co-sponsor of the Climate Stewardship Acts of 2003, 2005, and 2007, which called for a mandatory cap-and-trade system to control greenhouse gas emissions. These were at the time endorsed by many Democrats and most environmental groups. By 2010, however, he was retreating fast from support for his own bill and insisting that he had never backed capping carbon emissions "at a certain level." He now calls for increased offshore oil and gas drilling, claims that important aspects of energy policy should be left to state and local governments, and has criticized both President Obama and Secretary of State Kerry for framing climate change as a national security issue -- a position that the Pentagon itself endorses.

Still, compared to many of his colleagues, McCain looks like a moderate. They have dismissed climate change as a fraud and a hoax, while conducting McCarthy-esque inquiries into the research of leading climate scientists. Many of them attack climate science because they fear it will be used as an excuse to expand the reach of government.

In a hearing at which I testified last month, Republican members of the Committee on Natural Resources denounced a wide range of scientific investigations related to the enforcement of existing environmental laws as "government science." And this, they alleged, meant it was, by definition, corrupt, politically driven, and lacking in accountability. The particular science under attack involved work done by, or on behalf of, federal agencies like the National Parks Service, but climate science came in for its share of insults as well.

On the face of it, the charges were absurd: most agency science is subject to far more scrutiny, accountability, and oversight, including multiple levels of peer review, than research done in academic settings. In contrast, research done under the aegis of industry is often subject to no public accountability at all.

In preparing my testimony, however, I realized that something far larger was at stake: the issue of politically driven science itself. It's often claimed that environmental science done in federal agencies is "politically driven" and therefore suspect. It was, I realized, time to challenge the presumption that such science is bad science. While widely held, the idea is demonstrably false. Moreover, the suggestion that "government science" is intrinsically problematic for Republicans who eschew big government ignores the simple fact that most of the major contributions of the twentieth century, at least in the physical sciences, came from just such government science.

History shows that much -- maybe most -- science is driven by political, economic, or social goals. Some of the best science in the history of our country was focused on goals that were explicitly political. Consider the Manhattan Project. During World War II, scientists mobilized to determine the details of fission reactions, isotope separation, high-temperature and high-pressure metallurgy, and many more matters for the purpose of building an atomic bomb. The political goal of stopping Adolf Hitler and the sense that the future of the world might depend on their success provided a powerful motivation to get the science right.

Or take the space program. The United States first developed advanced rocketry to threaten the Soviet Union with nuclear destruction. The political goal of "containing" Communism was a powerful motivation for scientists. In later years, the goal of maintaining peace through the doctrine of Mutual Assured Destruction similarly motivated scientists to ensure that the weapons they developed would go where sent, and work as advertised when they got there.

In the Apollo program, NASA scientists knew that getting the science right would not only ensure that our astronauts made it to the moon, but that they made it home again. Knowing that lives may depend on your calculations can be a powerful form of accountability.

Some might argue that these were technological, not scientific projects, but it's a distinction without much meaning. If such projects led to new technologies, they were also founded upon newly developed science. Moreover, politics can drive good science even in the absence of technological goals.

Related Topic(s): Climate Change; Climate Change Deniers; Republicans-GOP, Add Tags
Add to My Group(s)
Go To Commenting
The views expressed herein are the sole responsibility of the author and do not necessarily reflect those of this website or its editors.