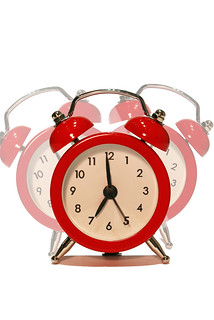 Wake up. It's time to panic!
(Image by Alan Cleaver)   Details   DMCA

It's time to panic!

As 2015 ended, this country was certifiably terror-stricken. It had the Islamic State (IS) on the brain. Hoax terror threats or terror imbroglios shut down school systems from Los Angeles to New Hampshire, Indiana to a rural county in Virginia. The Dallas Symphony Orchestra, citing terror attacks in Paris and San Bernardino, cancelled a prospective tour of Europe thanks to terror fears, issuing a statement that "orchestra management believes there is an elevated risk to the safety of musicians and their families, guest artists, DSO personnel, and travelling patrons." By year's end, the Justice Department had charged an "unprecedented" 60 people with terrorism-related crimes (often linked to social media exchanges).

While just north of the border Canada's new government and its citizens were embracing the first of 25,000 Syrian refugees in an atmosphere of near celebration, citizens and government officials in the lower 48 were squabbling and panicking about the few who had made it here. ("Sid Miller, the Texas agriculture commissioner, compared Syrian refugees to rattlesnakes, posting on Facebook images of snakes and refugees and asking, 'Can you tell me which of these rattlers won't bite you?'")

In the two presidential debates that ended the year, focusing in whole or part on "national security," the only global subject worthy of discussion was -- you guessed it -- the Islamic State and secondarily immigration and related issues. Media panelists didn't ask a single question in either debate about China or Russia (other than on the IS-related issue of who might shoot down Russian planes over Syria) or about the relative success of the French right-wing, anti-Islamist National Front Party and its presidential candidate, Marine Le Pen (even though her American analog, Donald Trump, was on stage in one debate and a significant subject of the other). And that just begins a long list of national security issues that no one felt it worth bringing up, including the fact that in Paris 195 countries had agreed on a potentially path-breaking climate change deal.

As the Dallas Symphony Orchestra signaled, "Paris" now means only one thing in this country: the bloody terror attack on the Eagles of Death Metal concert at the Bataclan theater and related assaults. In fact, if you were following the "news" here as 2015 ended, you might be forgiven for thinking that we Americans lived in a land beset by, and under siege from, Islamic terror and the Islamic State. The latest polls indicate that striking numbers of Americans now view the threat of terrorism as the country's number one danger, see it as a (if not the) critical issue facing us, believe that it and national security should be the government's top priorities, and are convinced that the terrorists are at present "winning."

You would never know that, if you left out what might be called self-inflicted pain like death by vehicle (more than 33,000 deaths annually), suicide by gun (more than 21,000 annually) or total gun deaths (30,000 annually), and fatal drug overdoses (more than 47,000 annually), this is undoubtedly one of the safest countries on the planet. Over these years, the American dead from Islamic terror outfits or the "lone wolves" they inspire have added up to the most modest of figures, even if you include that single great day of horror, September 11, 2001. Include deaths from non-Islamic right-wing acts of terror (including, for instance, Dylann Roof's murders in a black church in Charleston), a slightly more impressive figure in recent years, and you still have next to nothing. Even if you add in relatively commonplace mass shootings, from school campuses to malls to workplaces, that are not defined as "terror," and accept the broadest possible definition of such shootings (a minimum of four killed or injured), you would still have the sort of danger that couldn't be more modest compared to death by vehicle, suicide, or drugs -- phenomena that obsess few Americans.

The Islamic State in Perspective

Still, as 2016 begins, terror remains the 800-pound gorilla (in reality, a marmoset) in the American room and just about the only national security issue that truly matters. So why shouldn't I join the crowd? Who wants to be left in the lurch? But first, I think it makes sense to put the Islamic State in perspective.

Yes, it's a brutal, extreme religious-cum-political outfit, the sort of movement that probably could only arise on a shattered landscape in a shattered region filled with desperate souls looking for any explanation for, or solution to, nightmarish lives. There can be no question that it's had remarkable success. Its self-proclaimed "caliphate" now controls territory the size of (to choose a common comparison) Great Britain with a population of perhaps a few million people. Since there are seldom reporters on the scene (for obvious reasons of health and well-being), we have no idea whether IS has 20,000, 30,000, 40,000, or 50,000 fighters and potential suicide bombers under arms. We do know that those arms (despite a couple of captured tanks) are generally light and the bombs largely of the homemade variety.

The Islamic State has shown quite a knack for generating a stream of revenue from black market oil sales, ransoms from kidnappings, the ransacking of the region's archeological heritage, and wealthy Sunnis elsewhere in the region. In addition, it's been skilled at promoting its "brand" in other parts of the Greater Middle East and Africa, from Afghanistan to Libya, Yemen to Nigeria, where local populations are also facing shattered landscapes, failed states, oppressive governments, and desperation. Finally, thanks to the talents of its social media militants, it's shown a facility for attracting disaffected (and sometimes whacked-out) young Muslims from Europe and even the United States, as well as for inspiring "lone wolves" to acts meant to unnerve its enemies in Europe, the U.S., and elsewhere.

So give credit where it's due. Compared to a few training camps in Afghanistan -- the al-Qaeda model before 2001 (and again recently) -- this is no small thing. But the Islamic State should also be put in some perspective. It's not Nazi Germany. It's not the Soviet Union. It's not an existential threat to the United States. It's a distinctly self-limited movement, probably only capable of expanding its reach if even more of the region is laid to waste (as is, for instance, happening in Yemen right now, thanks in large part to a U.S.-backed Saudi war on the Iranian-inclined Houthi rebels).

IS is so deeply sectarian that it can never gain the support of a single Shia, Christian, Alawite, or Yazidi. Its practices, religious and political, are too extreme for many of the Sunnis it might want to appeal to. It is also an embattled movement. It has already lost some of the lands it captured to U.S.-backed Kurds in both Syria and Iraq and to the U.S.-backed, U.S.-equipped, and U.S.-trained Iraqi Army as well as Shiite militias. Its extremity has clearly alienated some of the Sunnis under its control. It's unlikely to take seven decades, as in the case of the Soviet Union, to implode and disappear.

On the other hand, if the Islamic State, at least in its present form, is crushed or driven into some corner and the region is "liberated," one thing is guaranteed -- as images of the rubble and landscapes of skeletal buildings left behind at the "victorious" battle sites of Kobane, Sinjar, Homs, and Ramadi will tell you. Combine the massively bomb-laden, booby-trapped urban areas under Islamic State control, American air power (or, in parts of Syria, the barrel-bombing air force of the government of Bashar al-Assad and now the firepower of Russia), and fierce urban combat, and what may be left in the moment of "victory" could be a region in utter ruins. One expert suggests that it may take decades and cost $200 billion -- three times Syria's prewar gross domestic product -- to rebuild that country, bringing to mind the famed line from Tacitus: "They make a desert and call it peace."

And just remind me, who's going to help with the reconstruction of that shattered land? Donald Trump? Don't count on it. And don't for a second believe that from such devastated worlds nothing worse than the Islamic State can arise.

While we may be talking about a terror machine, IS represents a far more modest and embattled one than its social media propaganda would indicate. Its ability to threaten the U.S. bears little relation to the bogeyman version of it that at present occupies the American imagination. The sole advantage the Islamic State has when it comes to this country is that it turns out to be so easy to spook us.

Related Topic(s): Climate Change; Isis, Add Tags
Add to My Group(s)
Go To Commenting
The views expressed herein are the sole responsibility of the author and do not necessarily reflect those of this website or its editors.