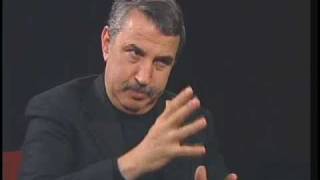 Two days ago Tom Friedman was on CNN promoting his new book and laying into Donald Trump as "demented" when Wolf Blitzer asked him about Trump's decision to withdraw from Syria, and Friedman made a revealing gaffe.

"Look there is a case, Wolf, for actually withdrawing from Syria and withdrawing from Afghanistan. But what would I have done? The art of the deal. I would have come to the Russians and the Syrians and the Iranians and said, Well maybe you want us out, but here's the conditions we need. I wouldn't have just pulled out.

"I wouldn't have just moved the embassy to Jerusalem and not asked for something in return from Netanyahu or, or the Palestinians. This is the problem with Trump. He's an ignoramus, OK. He doesn't understand the subtleties of any of these policies so he keeps giving stuff away. That's what's scary to me. With Mohammed bin Salman in Saudi Arabia he gave him a complete pass, when the choice was not to just give him a pass or break relations with Saudi Arabia. You could have made demands on him. He keeps giving stuff away cause he doesn't understand things."

Did you catch the gaffe? Friedman said that Trump could have gotten something from the Palestinians "in return" for moving the embassy to Jerusalem.

But Friedman doesn't mean that. It's why he stumbles. If he thought about it for a second, he'd reflect that moving the embassy to Jerusalem was no gift to Palestinians, it was a giant kick in the gut. Moving the embassy has resulted in a lot of turmoil and death in Palestine, from the long detention of Ahed Tamimi to the slaughter of 62 unarmed protesters at the Gaza fence on May 14 and so on.

If the embassy move had truly been a bargaining chip, as Friedman suggests, Trump would have said, I'm not going to move the embassy unless you do thus-and-such. But the Palestinians were never a consideration at all and Trump was determined to go through with a radical move as a gift to Netanyahu and Sheldon Adelson, Trump's biggest donor (even the Times will tell you that).

Philip Weiss is a longtime writer and journalist in New York. He co-edits a website on Israel/Palestine, Mondoweiss.net, which he founded in order to foster the movement for greater fairness and justice for Palestinians in American foreign policy. He is currently working on a novel about the US in Australia during WW2.
Related Topic(s): Israel; Jerusalem Us Embassy; Palestinian, Add Tags
Add to My Group(s)
Go To Commenting
The views expressed herein are the sole responsibility of the author and do not necessarily reflect those of this website or its editors.