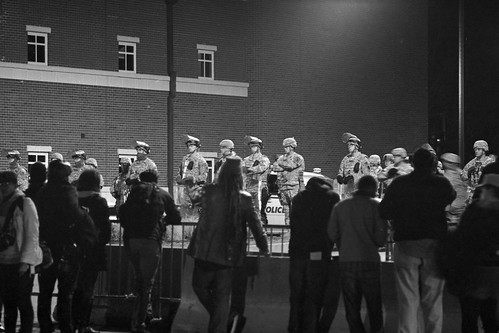 This isn't an easy pill to swallow, I know, but that's the way free speech works, especially when it comes to tolerating speech that we hate.

The most controversial issues of our day--gay rights, abortion, race, religion, sexuality, political correctness, police brutality, et al.--have become battlegrounds for those who claim to believe in freedom of speech but only when it favors the views and positions they support.

"Free speech for me but not for thee" is how my good friend and free speech purist Nat Hentoff used to sum up this double standard.

It's really not that hard.

The First Amendment affirms the right of the people to speak freely, worship freely, peaceably assemble, petition the government for a redress of grievances, and have a free press.

We have entered into an egotistical, insulated, narcissistic era in which free speech has become regulated speech: to be celebrated when it reflects the values of the majority and tolerated otherwise, unless it moves so far beyond our political, religious and socio-economic comfort zones as to be rendered dangerous and unacceptable.

Indeed, President Trump--who has been accused of using his very public platform to belittle and mock his critics and enemies while attempting to muzzle those who might speak out against him--may be the perfect poster child for this age of intolerance.

Even so, Trump is not to blame for America's growing intolerance for free speech.

The country started down that sorry road long ago.

Protest laws, free speech zones, bubble zones, trespass zones, anti-bullying legislation, zero tolerance policies, hate crime laws and a host of other legalistic maladies dreamed up by politicians and prosecutors (and championed by those who want to suppress speech with which they might disagree) have conspired to corrode our core freedoms, purportedly for our own good.

On paper--at least according to the U.S. Constitution--we are technically free to speak.

Related Topic(s): Bullying; Censorship; Dissent; Freedom Of Speech; Freedom Of The Press; Hate Speech; Intolerance; Laws; Petition; Protest; (more...) Rights; Surveillance, Add Tags  (less...)
Add to My Group(s)
Go To Commenting
The views expressed herein are the sole responsibility of the author and do not necessarily reflect those of this website or its editors.