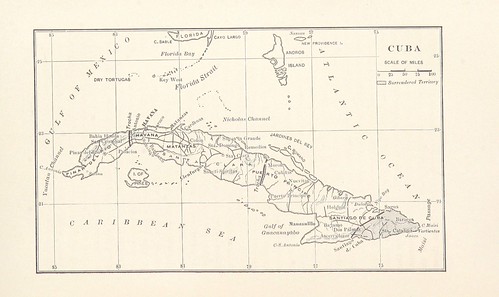 Well" Germany and its allies executed 70,000 Greeks during the 1940-44 occupation. 2/3 of its Jews were deported, hundreds of towns were razed, a million Greeks were left homeless, and over 100,000 starved to death. Greece' economy was ruined.

Greece calculates the loss of human capital, interest on forced loans, and the drag on reconstruction to be worth 280-400 billion euros. So far, Germany has refused to pay. But that makes sense -Germany has more money than Greece does.

And Cuba? Before now, Americans were barred from suing Cuba. We figured offending Cuba's trading partners, who often-times were our trading partners, outweighed the handful of personal claims. But indulging a handful is the Trump administration's sole aim. A salivating Mike Pompeo said the price could reach the "tens of billions".

It bears mention, 60 years prior to independence, an as-giddy Teddy Roosevelt "took" Cuba from Spain. America did not pay Spain for it, much less re-gift Cuba to the Cubans. Instead we used the crushing-poverty of island life to host a Disneyland. Before 1959, 10% of rural Cubans had electricity, 15% had running water, only half could read, most were malnourished, 25% were unemployed. So, US investors may have spent billions on (or at) Havana's casinos, but they clearly hadn't poured money into Cuba.

Today, 60 years after the Revolution, despite Cuba's selfish urge to wriggle from under our boot-heel, we still run a black-ops site on the island. Perhaps one day its un-tried prisoners might wriggle free, then sue for reparations. But more likely, America sues them for past rent.

Let me give you a simpler example. As it stands, (generally) the less money you have the higher your mortgage. It makes sense (real sense) to argue high-earners should pay more for a host of reasons, but for now let us just imagine we charged the same interest rate regardless of income. Both could afford to pay (though the rich would likely refuse). Where, then would we collect fines and fees, if everyone could afford what the terms say they owe? The wolves would have nowhere to prey.

Simply put, capitalism only recognizes one Right: that of profit. You can't profit without victims, and they won't stay victims if you compensate them. Thus, reparations violate our inalienable capitalist-right.

This is lost on the many descendants of slaves await reparations from the US government.

-It makes sense that their confused. Most-every scholar concedes, the US -and US capitalism, more broadly- couldn't have risen as it did without slavery. Yet nearly a quarter of all African-Americans live below the poverty line, and the entire community lays claim to only 2.5% of the country's wealth (compared to 9% and 90% for whites).

Returning to mortgages, there were a slew of fraudulent ones in 2008-09. Lenders were circumventing the law to foist destined to fail loans on under-qualified borrowers. When it crashed nearly 8% of African American home-owners lost their homes (4.5% of whites).

Considering the scale, the government had no choice but to pay reparations. -To the lenders. The government immediately handed $700 billion to the banks to repair their self-inflicted wounds. By 2015 it had paid out $4.6 trillion. [i]

Wells Fargo, for instance, received $25 billion. Wells Fargo made its first million back in 1852 insuring slaves. According to their website, "the history of Wells Fargo is about more than our past. Our history has roots that continue today and set the foundation for tomorrow."

Writer, activist, some-times artist and musician, all-times dad. Pissed and saying so in Portland, OR.

Related Topic(s): African-americans; Capitalism; History; Homelessness; Irony; Justice; Reparation; Slavery, Add Tags
Add to My Group(s)
Go To Commenting
The views expressed herein are the sole responsibility of the author and do not necessarily reflect those of this website or its editors.

Black and Blue Lives, and Capitalism

Who Will Lead Us Out of the Capitalocene?