We have the technology to prevent climate crisis. But now we need to unleash mass resistance too because collective action does work 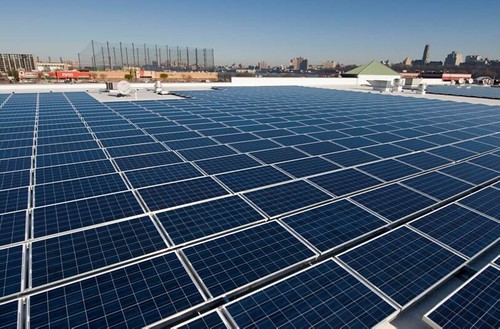 Because I am concerned about inequality and about the environment, I am usually classed as a progressive, a liberal. But it seems to me that what I care most about is preserving a world that bears some resemblance to the past: a world with some ice at the top and bottom and the odd coral reef in between; a world where people are connected to the past and future (and to one another) instead of turned into obsolete software.

And those seem to me profoundly conservative positions. Meanwhile, oil companies and tech barons strike me as deeply radical, willing to alter the chemical composition of the atmosphere, eager to confer immortality.

There is a native conservatism in human beings that resists such efforts, a visceral sense of what's right or dangerous, rash or proper. You needn't understand every nuance of germline engineering or the carbon cycle to understand why monkeying around on this scale might be a bad idea. And indeed, polling suggests that most people instinctively oppose, say, living forever or designing babies, just as they want government action to stabilize the climate.

If "let anyone do what they want" is a flawed argument, then "no one can stop them anyway" is an infuriating one. Insisting that some horror is inevitable no matter what you do is the response of those who don't want to be bothered trying to stop it, and I've heard it too often to take it entirely seriously.

I remember, for instance, when investigative reporters proved that Exxon had known all about global warming and had covered up that knowledge. Plenty of people on the professionally jaded left told me, in one form or another, "of course they did," or "all corporations lie," or "nothing will ever happen to them anyway." This kind of knowing cynicism is a gift to the Exxons of the world. Happily, far more people reacted with usefully naive outrage: before too long, people were comparing the oil giants with the tobacco companies, and some of the biggest cities in the US were suing them for damages. We don't know yet precisely how it will end, only that giving them a pass because of their power makes no sense.

Innovation doesn't scare me. I think that if we back off the most crazed frontiers of technology, we can still figure out how to keep humans healthy, safe, productive and human. Not everyone agrees. Some harbor a deep pessimism about human nature which I confess, as an American in the age of Donald Trump, occasionally seems sound.

Of all the arguments for unhindered technological growth, the single saddest (in the sense that it just gives up on human beings) comes from the Oxford don Julian Savulescu. In essence he contends that, left to themselves, democracies can't solve climate change, "for in order to do so, a majority of their voters must support the adoption of substantial restrictions on their excessively consumerist lifestyle, and there is no indication they would be willing to make such sacrifices." Also, our ingrained suspicion of outsiders keeps us from working together globally. And so, faced with the need to move quickly, we should "morally bio-enhance" our children or, more likely, use genetic engineering, so they will cooperate.

This is roughly akin to "geoengineering the atmosphere" to prevent climate change some people, having given up on taming the fossil-fuel companies, want to instead pump the atmosphere full of sulphur to block incoming solar radiation. Both cases are based on the premise that we humans won't rise to the occasion.

I hope Savulescu seriously underestimates the power of both technology and democracy of the solar panel and of nonviolence. I believe we have the means at hand to solve our problems, short of turning our children into saintly robots which, in any event, wouldn't do a thing to solve climate change, given that by the time these morally improved youths had grown into positions of power, the damage would long since have been done. And I'm convinced Savulescu is wrong about people's selfishness presenting the main obstacle to solving climate change: around the world, polling shows that people are not just highly concerned about global warming, but also willing to pay a price to solve it. Americans, for instance, said in 2017 that they were willing to see their energy bills rise 15% and have the money spent on clean energy programs that's about in line with the size of the carbon taxes that national groups have been campaigning for.

The reason we don't have a solution to climate change has less to do with the greed of the great, unengineered unwashed than with the greed of the almost unbelievably small percentage of people at the top of the energy heap. That is to say, the Koch brothers and the Exxon execs have never been willing to take a 15% slice off their profits, not when they could spend a much smaller share of their winnings corrupting the political debate with rolls of cash. If you wanted to "morally enhance" anyone, that's where you'd start if there are Grinches in need of hearts, it's pretty obvious who should be at the front of the line.

Bill McKibben is the author of a dozen books, including The End of Nature and Deep Economy: The Wealth of Communities and the Durable Future. A former staff writer for The New Yorker, he writes regularly for Harper's, The Atlantic Monthly, and The (more...)
Related Topic(s): Catastrophe; Environment; Global Warming; Humanitarian Crisis; Resistance; Solar, Add Tags
Add to My Group(s)
Go To Commenting
The views expressed herein are the sole responsibility of the author and do not necessarily reflect those of this website or its editors.