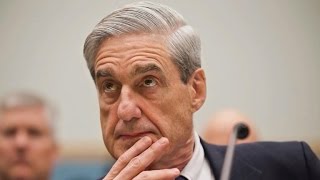 Andy Borowitz, with his scalpel-like satire, nailed the dark dilemma gnawing away at the psyche of everyone on the left in his recent piece, "Former Hippies Put in Horrible Position of Rooting for F.B.I."

It isn't a "horrible position," but it is certainly one filled with contradictions and some significant risks. The FBI's history is an assemblage of good, bad and, yes, ugly.

While the FBI is quite capable of very professional conduct, the Bureau, its directors, and its agents have also proven equally willing to trample on every civil liberty and right ever invented. Often with lethal consequences.

In every era since its inception, the FBI has been embroiled in one form of epic abuse of power or another. From J. Edgar Hoover's reign of terror to James Comey's gift of the White House to Donald Trump, the FBI has been a veritable mayhem machine.

The proposition is now being floated by some that reforming or simply destroying the FBI is actually more important than confronting the mind-boggling criminality now unfolding in the Oval Office. This is a notion that beckons catastrophe. For reference, see people running through the streets of Hawaii fearing a North Korean nuclear missile strike.

Donald Trump and his entourage must be confronted with the greatest resolve, urgency, and immediacy.

Not only is Trump inviting nuclear war with North Korea, "his" ICE and DHS agents are conducting the largest ethnic cleansing on US soil since the internment of Japanese Americans during WWII. Not to mention the Trump administration's open warfare against the EPA on behalf of the most corrupt and greedy corporations in the world, the environment be damned.

But who cares about the Mexicans anyway? After all, it's not me, it's not my family, right? Of course we can be certain when they get done rounding up Hispanics they won't start rounding up Muslims or Jews or Catholics or gays. Clearly we live in a country where someone will say something before they come for us, right?

So why are Donald Trump and his enablers at war with federal law enforcement and specifically Special Counsel Robert Mueller? If Donald Trump were not the President of the United States, but just a guy with a criminal record as long as Interstate 10 and criminal entanglements that John Gotti would be proud of, then you might wonder if this isn't just another story of a crime kingpin counterattacking federal law enforcement as the walls close in.

But Trump does control the Oval Office, and he has ambitions befitting the office. Trump doesn't want to destroy the FBI, the CIA or the NSA -- he wants to convert them, for his own personal use. Trump actually believes that Putin has the right idea. He sees the total, personal control that Putin has over Russia, its economy, and its resources and asks, "Why not?"

So you can destroy federal law enforcement or you can have federal laws, but you can't do both. As demonstrably flawed as the FBI, CIA and NSA are, what Trump would make them might be irrevocably worse, by orders of magnitude.

Yes, federal law enforcement and the US intelligence apparatus desperately need reform. But this is not a job that should be entrusted to Donald Trump or his enablers. It is a job for the American people, enforcing their rights in a nation of laws. That's the only road from here to democracy.

Related Topic(s): CIA; ENABLER; FBI; Intelligence; NSA; Satire; Trusting, Add Tags
Add to My Group(s)
Go To Commenting
The views expressed herein are the sole responsibility of the author and do not necessarily reflect those of this website or its editors.