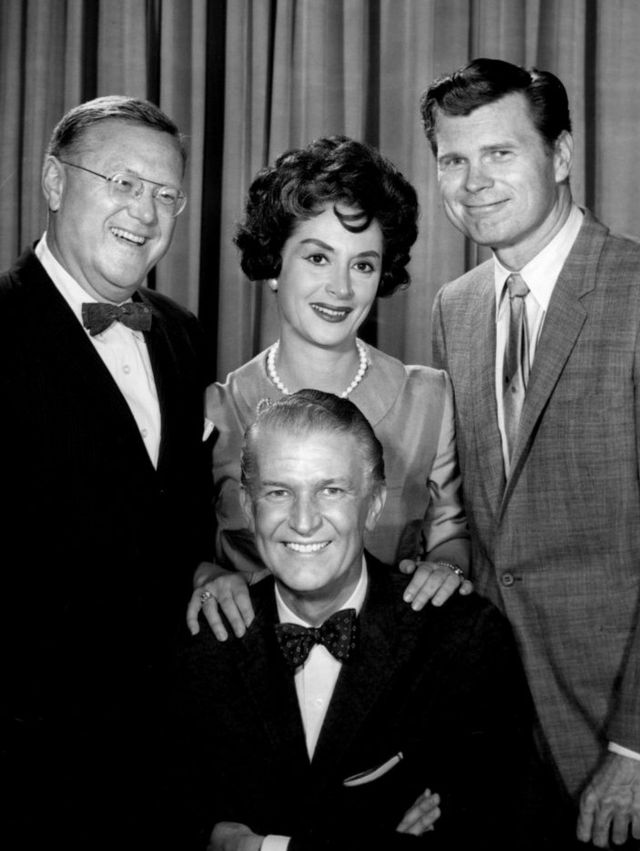 To Tell the Truth. Do You Trust Your Wife? Who Do YouTrust? TV names for showing.Even the poor language can'tConceal the truth in such titlesDuring the Cold War years.We were a family heading upIn the world, or so we hoped,A family set apart in appearancesOf beauty, such red hair, so manyOf them, seven girls and a motherSpecial, royal, stars becoming.And how does it feel to be the onlyBoy with seven sisters? This wasWhat everyone always asked him.A family in the Bronx but not ofIt, in the world but out of itAnd what better way than TVGame shows geared to the mentalityOf sham actors to show our stuff.Look how I can lie on liveTelevision, I was saying to millionsOf people like you. Excuse me but youKnow from your own lying livesThat though I wanted to blurt Out the truth, that I was an impostor,I didn't blurt out anything.Looked, instead, sincerely perplexedBy a question that stumped meAnd I reluctantly told the painful truthThat I didn't know the answer.How it hurt to be caught like that.

Now, looking back on those liesTold for the sake of entertainmentAnd a few bucks more than thirtyPieces of silver, I feel betrayedBy the smiling good boy I was.Unlike Pinocchio my nose neverBranched out, nothing gave meAway to anyone but myself.But something grew, between me and youI'm loath to describe this senseOf being an impostor in my own Life. One day I found myselfIn a story told by someone else,Someone I didn't know, someoneWho didn't know me but whose talePerplexed me by its semblance to mine.Do you know why we tell storiesThat when we hear them trap usIn lives we never knew were ours?The answer is as simple as tellingThe truth sounds stupid: we don'tWant to be caught in the act, notOf appearing but simply beingWho we could be if only we wereNot afraid of telling the truthBefore an audience of one.

Related Topic(s): Actor; Lies; Poem; Television; Truth; Truth, Add Tags
Add to My Group(s)
Go To Commenting
The views expressed herein are the sole responsibility of the author and do not necessarily reflect those of this website or its editors.