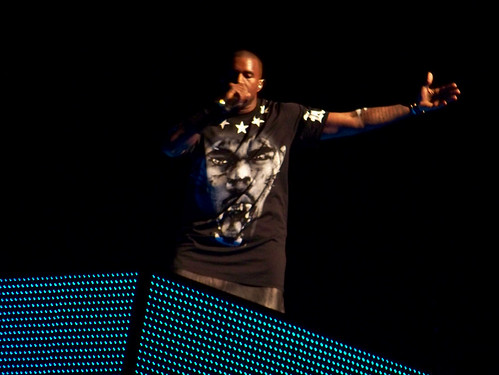 In the face of the storm that broke out from your remark that slavery was "a choice" for the enslaved, you say in your own defense that you're being "attacked for presenting new ideas." No, your ideas are not "new"--you're just recycling the same sh*t that the white supremacist capitalist oppressors who run this place have spewed out from the days of slavery through the decades of Jim Crow segregation and lynching down to the current era of mass incarceration and rampant murder by police, to justify the brutality and horrors against Black people. It's the oldest idea in America: that Black people and Native Americans are inferior and "deserve" the horrific genocide and oppression that this white supremacist capitalist system has relentlessly doled out to them.

It's a total outrage but not really a surprise that you're defending slavery and even blaming the slaves themselves--for the 400 years of being kidnapped from their homes, millions perishing in the hellish voyage across the Atlantic of being considered white men's property and being whipped and even killed for "not working fast enough," of being repeatedly raped by the slave masters, of being torn apart from loved ones sold off "down the river." You even erase the history of courageous revolts, from the ships carrying those kidnaped from Africa down to Nat Turner and beyond--a history which you well know, and then complain that too much of this history is now being unearthed and looked at. It's not a surprise, because once you go with defending America, and especially once you go with defending the fascists who now run it, you're gonna end up defending slavery. And by the way: the problem is NOT that a little bit of this country's putrid past (and present) is now finally beginning to be dragged into the light--the problem is that this society STILL has not confronted this.

You stand as a warning, Kanye West, to anyone who wants to conciliate with Trump--you're gonna go there eventually, if you're not there already. Because the Trump/Pence fascist regime is just an extreme concentration of the system of capitalism-imperialism that exists in the USA--a country whose power and wealth, concentrated in the hands of the rulers, wouldn't exist if it weren't for slavery; a country whose society just can't let go of that sh*t, right down to the continuing bone- and soul-crushing oppression that keeps the masses of Black people in chains. That's why Trump--who aims to make this criminal system even more horrific--has such high praise for you.

And don't you dare bring up Harriet Tubman to justify your stinking words. Tubman heroically risked her life and led others to risk their lives to free hundreds of enslaved people, she supported armed struggle against it, and yes on that basis she struggled with those slaves who would NOT rise up and instead tried to make a place within the slave system. You, Kanye, in contrast, play the part of the pitiful, groveling fool licking the boots of the oppressors by blaming the oppressed.

Of course, at the same, let's not forget those whose words may be more honeyed than yours but who run the same essential message and who do NOT come in for criticism--like Obama himself, who denounced the brave youth who rebelled in Baltimore as "thugs," who lectured students that if they would stop sagging they would "make it in America" and it was their own fault if they didn't, who implied that the massacre of Black people in Charleston, South Carolina by a white supremacist was "god's will," who would point to what he called America's "flawed past" (300 years of slavery a flaw!) only to say that things are getting better and better, who dropped bombs on and sent troops against people all over the world to defend this rotten empire, and who said after Trump was elected that we were all "on the same team" and should "root for his success." Or, for that matter, that posturing misleader and wanna-be oppressor Farrakhan, who himself pathetically begs Trump for a meeting. So, on top of it, Kanye, you're not even such a non-conformist--just someone putting the same basic logic out there in a way to attract more attention and sow more confusion and misdirection.

Related Topic(s): Fascism-Cant Happen Here; Slavery, Add Tags
Add to My Group(s)
Go To Commenting
The views expressed herein are the sole responsibility of the author and do not necessarily reflect those of this website or its editors.