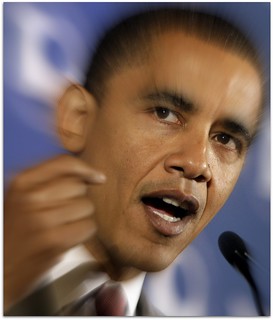 President Obama yesterday spoke in defense of the Iran deal at American University, launching an unusually blunt and aggressive attack on deal opponents. Obama's blistering criticisms aimed at the Israeli government and its neocon supporters were accurate and unflinching, including the obvious fact that what they really crave is regime change and war. About opposition to the deal from the Israeli government, he said: "It would be an abrogation of my constitutional duty to act against my best judgment simply because it causes temporary friction with a dear friend and ally."

Related Topic(s): Boasting; Iran; Iran Nuclear Talks; Iran Versus Israel; Obama Effect; Obama Wars, Add Tags
Add to My Group(s)
Go To Commenting
The views expressed herein are the sole responsibility of the author and do not necessarily reflect those of this website or its editors.