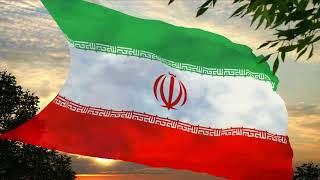 There are many crises happening almost simultaneously in the world today which unfortunately has the US as primary antagonist. The most important is preventing any crisis from escalating and becoming nuclear.

Let's face it. US policy makers are unhinged somehow believing keeping the world unstable, initiating wars are necessary and good-though always couched in terms defending the country against its "enemies". Primarily "defense against enemies" which maintains the military/industrial/political complex's stranglehold on US fiscal policy i.e. government spending, therefore its power and control over the US economy.

Since US policy makers believe instability in the world and wars are good that leaves only Russia and China, the world's other nuclear superpowers capable of deterring the US. Surely no easy task but a necessary one.

It's hard to say which crisis or country is most vulnerable but it appears Iran-with Venezuela ranked a close 2nd-is in the crosshairs of US policy makers.

Look at the history between Iran and the US.

In 2017 Trump unilaterally pulled the US from the 2015 JCPOA nuclear deal and reintroduced US sanctions on Iran. Russia, China, Britain, France and Germany the other signatories disagreed and continue their attempt to maintain the deal with Iran over US objections even as they face US threats of secondary sanctions against them if they continue trade with Iran.

But tensions between the US and Iran have remained high for the last 40 years since the 1979 Iranian revolution, Iranian's taking US embassy personnel hostage as well as the overthrow of the US backed Shah Pahlavi effectively ending US hegemony over Iran.

Iran's hostage taking has never been forgiven by the US and Iran and its leaders have been demonized as "enemies" ever since.

Remember it was the CIA and Britain's MI6 acting in coordination initiated the coup of the legitimately elected Prime Minister Mohammad Mosaddegh of Iran in 1953 that brought the brutal Shah Pahlavi to power in close alliance with the US.

The Iranian people never forgot and the revolution in 1979 could be traced in retribution to the events of 1953.

Now Shiite Iran ironically has greater influence in Iraq after the US debacle in that country overthrowing Saddam Hussein's Sunni government and bringing a majority population Shiite government to power in close alliance with Iran.

Then Iran has been coordinating with the Russian military and Lebanon's Hezbollah in Syria backing President Bashar Assad's Syrian Arab Army against US backed al Qaeda and ISIS jihadist mercenaries pushing for Assad's overthrow and regime change in Syria-now effectively squelched making the US none too happy.

Retired. The author of "DECEIT AND EXCESS IN AMERICA, HOW THE MONEYED INTERESTS HAVE STOLEN AMERICA AND HOW WE CAN GET IT BACK", Authorhouse, 2009
Related Topic(s): CENTCOM; Iran, Add Tags
Add to My Group(s)
Go To Commenting
The views expressed herein are the sole responsibility of the author and do not necessarily reflect those of this website or its editors.