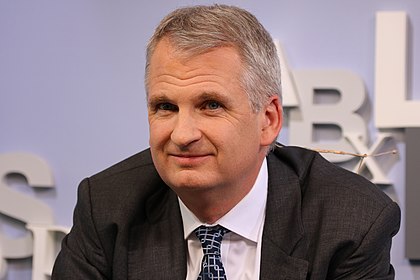 Now that former President Tweety Trump is no longer in office, Snyder's 20 key lessons are still important for turning his anarchist and nihilist followers away from their wayward ways.

As noted, whatever else may be said about Snyder's still relevant 20 lessons, he does not happen to advert explicitly to the broad tradition of philosophical realism.

Now, whatever else may be said about the contemporary philosophic movement known as post-truth, it does not fall within the tradition of philosophical realism.

Now, in Snyder's succinct "Prologue: History and Tyranny" (pages 9-13), he operationally defines and explains what he means by tyranny: "In founding a democratic republic upon law and establishing a system of checks and balances, the Founding Fathers sought to avoid the evil that they, like the ancient philosophers [Plato and Aristotle], called tyranny. They had in mind the usurpation of power by a single individual or group, or the circumvention of law by rulers for their own benefit. Much of the succeeding political debate in the United States has concerned the problem of tyranny within American society: over slaves and women, for example" (pages 9-10).