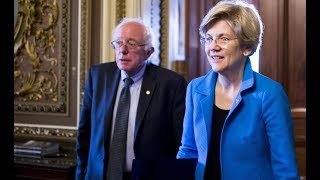 When the Republicans tried to repeal the Affordable Care Act and gut Medicaid, I heard from parents all across Massachusetts who were terrified about what it would mean for their children.

One message kept hitting home: If the government hadn't been there to help, these hard-working moms and dads would have been forced to pick between the health of their child and financial ruin. Their families would have been destroyed.

There is something fundamentally wrong when one of the richest and most powerful countries on the planet can't make sure that a person can afford to see a doctor when they're sick. This isn't any way to live.

I believe it's time to take a step back and ask: what is the best way to deliver high quality, low cost health care to all Americans? Everything should be on the table -- and that's why I'm co-sponsoring Bernie Sanders' Medicare for All bill that will be introduced later this month.

Health care is a basic human right -- and it's time to fight for it. Please join me in signing on as a citizen co-sponsor of Medicare for All.

My own family plunged deep into debt when my daddy had a heart attack. My parents paid on those bills for years. Years later, as a bankruptcy law professor, I studied why working families were going broke. Through interviews and court documents, my research partners and I showed that most people who file for bankruptcy looked a lot like my family.

The overwhelming majority had once been solidly middle class -- and about half had filed for bankruptcy in the aftermath of a serious medical problem. And here was the kicker: about three-quarters of them had health insurance -- but it just wasn't enough. Medical bankruptcy was crushing millions of American families.

We owe a huge debt to President Obama. Because of the Affordable Care Act, health care coverage is better -- more people can get the treatment they need and families are less vulnerable to the financial fallout from a serious illness or accident. Senate Democrats will keep doing everything we can to stop Donald Trump, Mitch McConnell and the Republicans from rolling back these gains. They are too important for all of us.

But there's so much more we could do right now to bring down the costs of quality health care for every American. We could start by ending health insurance company price gouging -- ending high deductibles, surprise bills, and endless fights with insurance companies over coverage for critical medical procedures or out-of-pocket costs. We could also cut the cost of prescription drugs by importing drugs from Canada, where the same prescription can sometimes cost far less than in the US. Bipartisan improvements are possible -- in fact, just a few weeks ago, President Trump signed my bill with Republican Chuck Grassley to make hearing aids more affordable by allowing certain hearing aids to be sold over the counter.

Medicare for All is one way that we can give every single person in the country access to high quality health care. Everyone is covered. Nobody goes broke paying a medical bill. Families don't have to bear the costs of heartbreaking medical disasters on their own.

The American people have made it clear that they believe health care is a basic human right -- but it will be a tough fight. The giant insurance and drug companies will send out their army of lobbyists to fight our Medicare for All bill every step of the way. Sign up now to join our fight and become a citizen co-sponsor of Medicare for All and fight back.

Related Topic(s): Bernie Sanders; Human Rights; Medicare For All, Add Tags
Add to My Group(s)
Go To Commenting
The views expressed herein are the sole responsibility of the author and do not necessarily reflect those of this website or its editors.