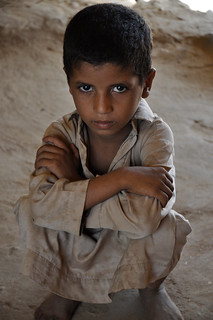 Peace in Yemen will continue to be elusive unless the United Nations shifts its mission.
(Image by Julien Harneis)   Details   DMCA

Peace in Yemen will continue to be elusive unless the United Nations shifts its mission from sponsoring an inter-Yemeni dialogue to mediating ceasefire negotiations between the actual warring parties, namely Saudi Arabia & allies and the de facto representatives of Yemenis who are fighting to defend their country's territorial integrity and independent free will, i.e. the Huthi - Saleh & allies.

Convening its 70th session while celebrating its 70th anniversary this year, the United Nations is unlikely to reconsider its stand on Yemen, but it must do, at least to provide a face -- saving exit strategy for Saudi Arabia if not to stop a snowballing severe humanitarian crisis in the country.

The United Nations Mauritanian special envoy to Yemen Ismail Ould Cheikh Ahmed will sooner than later face the fate of his predecessor Jamal Benomar, who resigned his mission last March acknowledging its failure.

The Saudi insistence on dictating a fait accompli on Yemen is undermining the UN efforts to bring about a political solution, which was made impossible by the Saudi -- led war on Yemen.

The UN sponsored Yemeni -- Yemeni talks in the capital of the Sultanate of Oman, Muscat, and elsewhere will continue to be deadlocked. They are a non-starter. The Saudis have held their Yemeni allies captives of their dependence on Saudi financial, political and military support without which they could not survive internally.

The UN and Arab League recognition of them as the legitimate representatives of Yemen was counterproductive. They are viewed by most Yemenis more as Saudi puppets than legitimate delegates of their people.

*Nicola Nasser is a veteran Arab journalist in Kuwait, Jordan, UAE and Palestine. He is based in Ramallah, West Bank of the Israeli-occupied Palestinian territories.
Related Topic(s): Invasion; Iran; Military; Shiite; Strategy; Sunni; Syria; Transition; Yemen, Add Tags
Add to My Group(s)
Go To Commenting
The views expressed herein are the sole responsibility of the author and do not necessarily reflect those of this website or its editors.

The endgame of the US 'Islamic State' strategy

U.S. opens up to Hamas, Muslim Brotherhood, Syria, and Iran

Fighting 'Islamic State' is not the Israeli priority