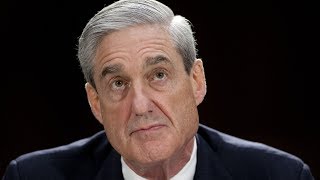 Well well well, that was different. A DOJ employee spoke and didn't spew out "no collusion, total exoneration" or "spying is going on..." How refreshing. And in case you missed it, Robert Mueller directly contradicted the sworn testimony of his boss and good friend AG Bill Barr, stating that the reason he didn't refer Individual One for criminal obstruction charges was because of that pesky OLC rule that sitting Presidents can't be indicted. Barr testified to Congress that the OLC opinion was never a factor in the indictment decision. Oops.

Mueller stressed yet again that if he could've cleared Trump of any obstruction charges he would have. Kinda the opposite of "total exoneration," ain't it?

He also said that "When {not if} a subject of an investigation obstructs that investigation or lies to investigators, it strikes at the core of the government's effort to find the truth and hold wrong doers accountable."

And there you have it. Obstruction happened, and it's up to an entity "outside the Criminal Justice System" to prosecute it.

So do it already. Impeach him. If not Trump, then who ever? Might as well amend the constitution to remove the whole system of checks and balances. Does Trump want to be impeached? Maybe, but who cares? It is the duty of our elected officials to hold him accountable for his crimes, which are ongoing. The obstruction continues, and now the Trump Toddler refuses to sign legislation if Congress continues its oversight duties and holds hearings into his crimes.

He is shutting down the government again. And he will not stop -- he is a career criminal. He will continue his crime spree until he is stopped, presumably by some law enforcement officials.

The Don is in a panic -- he must be re-elected, otherwise he will face multiple criminal charges by the State of New York if nothing else. He may believe that an Impeachment hearing would rally his base, but he also may be wrong. Perhaps they are growing weary of his embarrassing and dangerous antics, his trade wars, his tax cuts for the rich, his caging of children. Maybe some would watch the televised Impeachment hearings and be swayed by the overwhelming evidence.

But it doesn't matter. Rule of law matters. History is watching and will judge us on how we manage this constitutional crisis, which is a definite threat to our Democracy.

And if our President truly cared about our nation, he would protect us from the Russian threat to our political system. Robert Mueller ended his speech yesterday with the reminder that Russian military intelligence and other Russian entities hacked into computers to damage Hillary Clinton's campaign and help get Trump elected. And they will do it again. Why not? Worked the first time and there is nothing in place to stop them.

Russians are now choosing our Presidents, shouldn't we be a little irked about that? Mueller said this deserves the attention of every American, we can assume he means to include the President.

Kathy never expected a career in radio as a talk show producer. Born and raised in Atlanta, Georgia, Kathy was completing her nursing degree when in 2001 - in an emergency - she was asked to fill in as the producer of Mike's program. Within a few (more...)
Related Topic(s): Impeach; Impeachment; Investigation; Mueller Investigation, Add Tags
Add to My Group(s)
Go To Commenting
The views expressed herein are the sole responsibility of the author and do not necessarily reflect those of this website or its editors.