This is a miniscule view into the US Marines' part of the world's deadliest organization from MarineCorpsTimes.com - You can access all these at MarineCorpsTimes.com or individually below. I chose this view to provide a selection of articles that I thought were intriguing, or you can go to the web site and browse as I did. 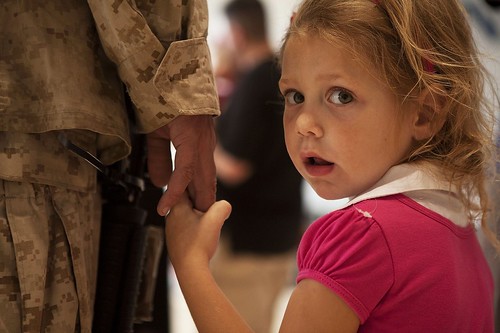 What is going to happen to me?
(Image by Worlds Direction)   Details   DMCA

US warns Iraqi leaders of Baghdad embassy closure if attacks continue (The "US" must have missed the unanimous vote by Iraq's parliament for the US to leave Iraq?)

After embassy closure threat, US 'outraged' by rocket attack that killed 6 Iraqi civilians (Rockets? Only the US terrorists use rockets - Fake outrage and shifting blame for causing civilian deaths to...Iran?? Yeah that'l do.

Alabama, Arizona National Guard MP units tapped for rapid response to civil unrest (Coming to a city near you, probably to administer THE Vaccines)

Pentagon's plan to rearrange forces in Europe gets the third degree from both sides of the aisle - In Yo Face, mofo! Still stuck in the two party paradigm? The two party delusion? A divisive Congress? How about some...MO money?

US Marines wants to move fast on a light amphibious warship. But what is it? - Mo money.

Armor attrition in Nagorno-Karabakh battle not a sign US should give up on tanks, experts say - They may be crap for the soldiers and "Americans" but it is Mo money fo us.

Pompeo says USS Hershel 'Woody' Williams will be based at Souda Bay - Mo money. The new sec'y of Defense should rename the Hershel to USS Sitting duck.

Related Topic(s): Thugs, Add Tags
Add to My Group(s)
Go To Commenting
The views expressed herein are the sole responsibility of the author and do not necessarily reflect those of this website or its editors.