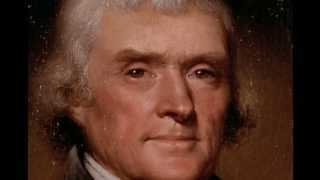 The current campaign, waged by politicians, media leaders, and their social media partners, against independent media, is an act of sheer desperation.

The tonnage of fake news, spewed from the most prestigious media outlets, has cracked its own foundations.

The public is waking up.

So did Thomas Jefferson, more than 200 years ago.

Here is a progression of Jefferson's thoughts, over a 20-year period:

"Our liberty depends on the freedom of the press, and that cannot be limited without being lost." (28 January 1786)

"The basis of our government being the opinion of the people, the very first object should be to keep that right; and were it left to me to decide whether we should have a government without newspapers, or newspapers without a government, I should not hesitate a moment to prefer the latter. But I should mean that every man should receive those papers and be capable of reading them." (January 16, 1787)

"Nothing can now be believed which is seen in a newspaper. Truth itself becomes suspicious by being put into that polluted vehicle. The real extent of this state of misinformation is known only to those who are in situations to confront facts within their knowledge with the lies of the day... I will add, that the man who never looks into a newspaper is better informed than he who reads them; inasmuch as he who knows nothing is nearer to truth than he whose mind is filled with falsehoods & errors." (June 11, 1807)

There is a grand tradition of fake news, and it has always sprung from the major and official sources.

Today's mainstream reporters, of course, don't want to think about that. They don't want reflect on the long stench-ridden history of their own profession.

They would rather pretend their brethren have always served with honor.

This hoax is understandable. Who would want to enlist in a field where truth is of the utmost importance -- and yet has been trampled on without let-up throughout its history?

The pompous, bloated, sold-out politicians and media executives, who are currently sitting in committee hearings bemoaning the incursions of independent news sites, should pause for a moment and realize that the public they are supposedly serving are catching a strong whiff of their deliberations --

Related Topic(s): Journalism; Media Fake News; News And Media; Thomas Jefferson, Add Tags
Add to My Group(s)
Go To Commenting
The views expressed herein are the sole responsibility of the author and do not necessarily reflect those of this website or its editors.