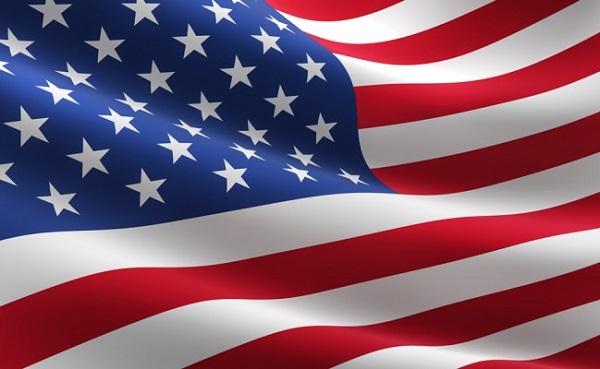 Every glimpse of the Stars and Stripes has me lurching between love and loathing -emotionally torn between the romantic and the rational. I fell in love with the idea of America at a young age in a distant and dismal land. Much later, when my cognitive, analytical brain kicked in, that pure and chivalrous adoration was deeply compromised by both historical knowledge and lived experience.

Earlier this month, in extraordinary circumstances, the nation experienced the most potent date on the American calendar - July 4th. It is a day that inevitably prompts some reflection on the nature of the American experience - a highly heterogenous set of phenomena which is nevertheless somehow reflected in the vivid graphic design of Old Glory.

For me, it all began with a miniature, die-cast, Matchbox model of the 1959 Chevy Impala. It was clear that a thing of such outlandish beauty could only exist, at full-scale, in a world entirely removed from the one that I inhabited. Its existence must rely, I reasoned, on a distant, fabled world, the shadowy outlines of which had already appeared to me when I first heard "Jail House Rock" by Elvis Presley a year or so earlier. Later, my brain was awash in the music of the Beatles and the Rolling Stones. But when I heard "River Deep - Mountain High," by Ike and Tina Turner and produced by Phil Spector, that music was eclipsed, and my vision of America was fully restored - based on the musical stylings of Los Angeles and the curvature of Detroit sheet metal. It was this vision which shaped my emotional, adolescent brain and rendered it immune to the realities of the Watts Rebellion in the summer of 1965, the Detroit Riots of 1967, and America's annus horribilis of 1968.

Now, having lived in California for forty years, I remain riven between this country's still powerful romantic allure and its gruesome historical reality. I recognize that the one greatly depends on the other - the pain and sometimes joy of the African American experience, for instance, provided the foundation for the Blues, out of which sprang all the music to which I have referred, and which continue to inform culture more generally. The creative energies that once burned brightly in Detroit, and may now reside in Silicon Valley, continue to arise out of an economy based on freedom and opportunity, but are deeply shadowed by its ubiquitous practices of extraction and exploitation.

From the Declaration of Independence, the Constitution, and the Bill of Rights arose a political infrastructure that papered over the most egregious injustices of the nation, and was bathed in a powerful mystique that, even today, retains much of its emotional resonance. The founding ideas of our politics, based on the philosophies of the European Enlightenment which established the classic liberalism of civil society, as well as its home-grown mechanics - the whole business of voting, the campaigns, the passage of legislation, and the defining of the country's laws by reference to the U.S. Constitution - remain key to our emotional well-being. We rely, it seems to me, on the presumed justice of a governmental framework to counterbalance the lived inequities of a capitalist society bound up with notions of private property - which Rousseau correctly identified as the source of all inequality. Whatever balance might be achieved is, however, further roiled by historic notions of caste - defined, at least in part, by skin color.

Within this intrinsically contentious framework, we have established broad categories of philosophical opinion - liberal and conservative; donkey and elephant; blue and red; Democrat and Republican. So it is that we live in a highly polarized nation where about half of the country is disappointed with the tenor of whichever party holds sway in local, state and federal elections. This half of the country is then lacking in equanimity, instead harboring feelings of aggression, fear and even hatred towards the other half, but especially towards their representatives who, for the moment, collectively hold a majority, or individually, hold an office, in this or that notionally democratic institution.

This is no way to live. This year, we have been exposed to a number of realities that entirely transcend the pettiness of our politics and have a far greater impact on our lives than do our moribund democratic institutions. I'm talking about issues of sickness and health, work or no work, plenty or precarity, pleasure or pain, care or neglect, life and death - and the continued viability of our planet as a nurturing environment to humans and non-humans alike. These are transcendent issues which politicians can only impact at the margins. Yet, many of us mortgage our sense of personal well-being and the fate of a threatened planet to the results of elections - those profoundly flawed, state-sanctioned enactments of ideological struggle.

Notwithstanding the apparent impotency of our politicians to actually do anything substantive - from the personal to the planetary - our mood is nevertheless impacted by the tenor of Washington. The 2020 federal election will be a measure of how that mood translates into votes and those votes into the balance of power between the parties. Ideally, it will be a measure of whether we, as voters, despite being partially disenfranchised by way of gerrymandering and the archaic electoral college, wish to vote for the future or for the past; whether we see in our history greater pride and passion than dishonor and revulsion; whether we believe that our history needs eulogizing or exposing; or whether we believe it deserves mythic reconstruction or eviscerating deconstruction. Our president has clearly articulated arguments for the former. It appears doubtful, at this moment, whether arguments for the latter, if they are made at all, will be characterized by coherence, passion or robust intellectual argument. Incarnate, as it now stands, in two septuagenarian party figureheads, it is the vainglorious fabrication of America's past that may yet triumph over a nebulous future sketchily presented by the opposition: neither vision is remotely equipped to withstand the reality checks imposed by a pandemic, economic turmoil, civil unrest and environmental degradation.

The president has emerged from a horrendous period of political turmoil - articles of impeachment, Ukrainegate, Russiagate, Covid and the Black Lives Matter protests - with speeches given in the shadow of the Mount Rushmore National Memorial, and, a day later, at the Lincoln Memorial on July 4th, that will define his particular brand of populist conservatism. While his is a presidency that has been defined more by rhetoric than action, more by symbolism than facticity, the pain and suffering he has caused many Americans and those who desire to be American - or at least to live here - is very real. At the same time, his right-wing populism, made manifest in scapegoating, demonization, and petty acts of tyranny, has disaffected vast swathes of the electorate to whom his very persona is a daily rebuke. But he remains the master of his base - lionized by its members - and it was to them that these speeches were directed. The deeply disaffected are unlikely to be swayed by his rhetoric. These were speeches, not of persuasion, but of confirmation of his ideology.

Backgrounded by the Lincoln Memorial, our president summarily summoned the character of all Americans when he declaimed,

Related Topic(s): 2020; America; American Flag; Change; Future; Health; Ideology; People; Political Change; Suffering; (more...) Well-being, Add Tags  (less...)
Add to My Group(s)
Go To Commenting
The views expressed herein are the sole responsibility of the author and do not necessarily reflect those of this website or its editors.