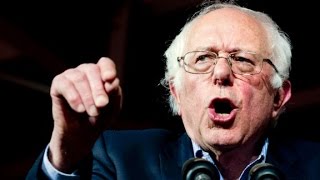 All across this country, from coast to coast, people are standing up and fighting back -- not only against Trump, but for an agenda that works for the working families of this country.

We've seen that this year from the striking teachers who demanded a decent education for their kids. We saw it from students across the country leading the fight for sensible changes to our gun laws. And we've seen it from the Disney workers, Amazon workers, and fast food workers demanding a living wage and safe working conditions.

And I will tell you what I saw it all across the country on our tour we wrapped up with a massive event in California. At every stop, I saw huge numbers of people who are ready to send a message to Washington that will be heard all over this country, and all around the world, on Election Day.

But we cannot stop now, not with so much at stake. So I intend to spend the next eight days doing everything I can to rally progressives in Vermont and across the country to volunteer and to vote. But I need your help to make sure our message is heard.

Related Topic(s): Democratic; Election; Political Values; Republican; Revolution, Add Tags
Add to My Group(s)
Go To Commenting
The views expressed herein are the sole responsibility of the author and do not necessarily reflect those of this website or its editors.