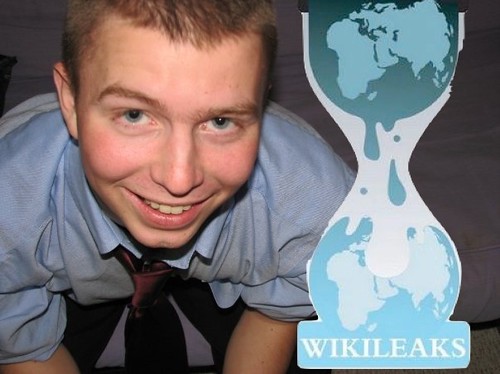 This week's guest was freelance investigative journalist, author and filmmaker Andy Worthington, who is known for covering Guantanamo Bay prison, torture and the wider "war on terror." [For Worthington's full bio click here.]

Worthington discussed the forced nudity that former Pfc. Bradley Manning (the whistleblower alleged to have leaked classified information like the "Collateral Murder" video to WikiLeaks) is being subjected to by the US military at Quantico Brig in Virginia and the 22 additional charges, which the military filed against Manning. [To read Worthington's article on Manning published this week, click here.]

Worthington also talked about an article he recently published on a Spanish Guantanamo investigation into Bush administration officials' involvement in the torture and abuse of prisoners at Guantanamo. WikiLeaks revelations in the cable that showed US government officials interfered and worked to halt a Spanish investigation have pushed the national court to renew its efforts to bring those involved in torture to justice. And so, Worthington also talked about WikiLeaks' impact so far on helping detainees at Guantanamo get one step closer to justice and acknowledgment of the torture and abuse they experienced.

To listen to the podcast, just click play on the widget below. Or, you can go download the .mp3 file here. (Or, find it on iTunes by searching for "CMN News.")

This flash video was removed for security reasons
Last week's episode looked at the "Corporate War on WikiLeaks Supporters" and featured Kevin Zeese. Zeese, who is with the Bradley Manning Support Network and WikiLeaksIsDemocracy.org, which is a project dedicated to preventing the prosecution and extradition of Assange to the United States, discussed HBGary, PayPal, Bradley Manning, and Julian Assange's extradition hearing on the podcast. If you missed that episode and want to listen, here's a link to last week's episode.
Or, you can go download the .mp3 file here. (It's also available on iTunes -- search for "CMN News" and the WikiLeaks podcast should come up.)

And now for some plugs --

Follow me on Twitter @kgosztola. As I announced at the end of the podcast, I will be tweeting 100 Cablegate Revelations in 100 consecutive minutes to mark the 100th Day of Cablegate.

And now for a few plugs: WL Central is doing excellent coverage of all the uprisings in the Middle East and North Africa. If you haven't been keeping up with what is happening, check the front page for updates on various countries. Most recently, WL Central is covering Amn Dawla Leaks. (Don't know what that is? Well, get to WL Central now.)

If you would like to learn more about WikiLeaks, I encourage you to buy Greg Mitchell's recently published book, "Age of WikiLeaks," which can be purchased in print on Blurb.com or in e-book form off of Amazon.

I helped Mitchell with parts of the book and I and many others are listed in the back as "resources" on Twitter. Here is Mitchell's WikiLeaks blog at The Nation, which just is one day away from Day 100.

Kevin Gosztola is managing editor of Shadowproof Press. He also produces and co-hosts the weekly podcast, "Unauthorized Disclosure." He was an editor for OpEdNews.com
Related Topic(s): Bradley Manning; Cablegate; Detainees; Guantanamo Prison; Rendition; Torture; Uprisings; War Criminal- Crimes; War On Terror; Wikileaks, Add Tags
Add to My Group(s)
Go To Commenting
The views expressed herein are the sole responsibility of the author and do not necessarily reflect those of this website or its editors.