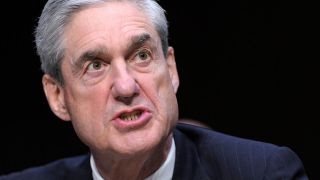 At 2:30 in the morning of June 17, 1972, 45 years ago this weekend, five men were arrested as they attempted to place wire taps in the offices of the Democratic National Committee in the Washington, D.C. Watergate hotel and office complex.

Those arrests are being recalled after 45 years, as President Donald Trump faces his own potential Watergate scandal. Both ABC News and MSNBC are airing Watergate specials this weekend.

History has shown that the Nixon-authorized break-in was a colossal act of paranoid misjudgment. Nixon did not need the break-in to win. Utilizing his presidential platform, Nixon campaigned vigorously as a foreign policy expert, traveling in 1972 to China (February 21) and the Soviet Union (May 22).

The 1960s frightened insecure politicians like Nixon, but the radical passions of that era made even more voting enemies than it did adherents.

In spite of the slowly growing media attention to Watergate, Nixon won an easy victory, trouncing his Democratic opponent, South Dakota Senator George McGovern (below), sweeping the national electoral college, except for the state of Massachusetts and the District of Columbia. 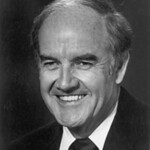 Trump had more reason to stretch outside the law to win, if indeed, that is what he did, because unlike the incumbent Nixon, he was a nobody from reality television.

Still, the suspicion grows daily that "Watergate Two" threatens, thanks to news stories like this one Thursday from The Washington Post.

"The special counsel overseeing the investigation into Russia's role in the 2016 election is interviewing senior intelligence officials as part of a widening probe that now includes an examination of whether President Trump attempted to obstruct justice, officials said.

"The move by special counsel Robert S. Mueller III (shown at top) to investigate Trump's conduct marks a major turning point in the nearly year-old FBI investigation, which until recently focused on Russian meddling during the presidential campaign and on whether there was any coordination between the Trump campaign and the Kremlin. Investigators have also been looking for any evidence of possible financial crimes among Trump associates, officials said."

Then-FBI Director James B. Comey, starting in January, told President Trump that he was not personally under investigation. Current officials say that changed shortly after Comey's firing.

Interview requests are believed to have been issued by Mueller to "Daniel Coats, the current director of national intelligence, Mike Rogers, head of the National Security Agency, and Rogers's recently departed deputy, Richard Ledget." Others may have been questioned, as well.

In his appearance before the Senate Intelligence Committee Comey testified "that he had informed Trump that there was no investigation of the president's personal conduct, at least while he was leading the FBI."

If Mueller decides to pursue an obstruction of justice case against Trump, testimony from Comey and other officials, the Post writes, "could become central pieces of evidence."

Related Topic(s): Evidence; FBI Director Robert Mueller; Investigation; James Comey, Add Tags
Add to My Group(s)
Go To Commenting
The views expressed herein are the sole responsibility of the author and do not necessarily reflect those of this website or its editors.