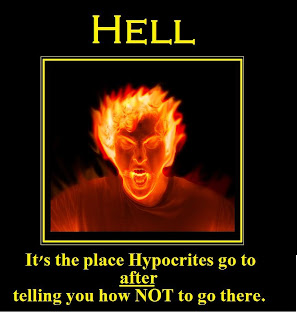 From WDSU in New Orleans:

Great hypocrisy stories, like income tax refunds, should always be treated as windfalls. Journalists and bloggers have to take advantage of them because it would be ridiculous to waste a great story by relegating it to ho-hum regular news. And this one is a gem.

Storms told deputies he was just having lunch at the park when he had to go to the bathroom, so he relieved himself in a bottle.

Imaginative stories like that can be the mark of desperation: two women were witnesses and they precisely testified that he wasn't urinating in any bottle!

Every day, dozens of Google-alert "Pastor arresteds" fill my email box. So why is this one so special? Because of the adjoining copy:

Storms is known for staging protests against Decadence, an annual gay celebration in the French Quarter. In 2003, he organized a march in opposition of the event, calling it "nasty" and "depraved."

Couldn't get better on the hypocrisy scale, could it? Then there's his name: Storms. It can (and will) be linked to the story in a myriad number of ways. I'm trying to think of one now, but my head's still trying to fathom how stupid this guy is. Maybe he hated Southern Decadence because it was not the kind of "playground" he enjoyed. Maybe a long time (months or years, who knows?) of ogling kids in public parks has changed Storms' mind about what is "nasty."

Alright, I'll eschew the sarcasm. It's just that I feel so giddy.

Campaigning against immorality has been the stock-in-trade of the Christian Right for centuries. The tactics haven't really changed, it's just that today's media has made it closer. The media has also highlighted the faults of extreme religionists who do practically nothing but campaign against morality. The stridency of some people creates suspicion. Oh, the public may not always want to recognize hypocrisy, but covering it up has gotten increasingly hard to do. There are, of course, hypocrites who think that their titles and Bibles will shield them, but they are delusional. Eddie Long, the I'm-David-and-I-haven't-thrown-a-rock-yet pastor found out the hard way. But hubris is a drug to which many pastors become addicted and they tend to do stupid things with abandon.