They need to offer more than criticism of Trump and offer real progressive solutions to the economic pain felt in rural Wisconsin. 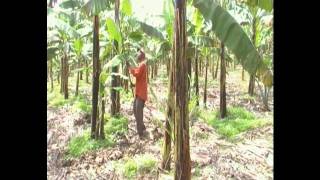 Wisconsin Representative and Trump Republican Sean Duffy is quitting his House seat in September, and the upcoming special election will give Democrats a chance to replace him. If they do, the party will send a powerful signal about its political priorities in 2020 and beyond. The good news is that the special election will be held in a rural district, Wisconsin's 7th, where Democrats can compete. But the result will only be good if they show up, organize, and invest.

Duffy's sprawling northern Wisconsin district leans Republican but has plenty of blue voters. Donald Trump won easily in 2016, and Mitt Romney took the district in 2012, but Barack Obama won it back in 2008. It's home to both small-town conservatives and old-school rural progressives who send populist Democrats to the state legislature. Native Americans have deep roots in the region, and there are small but growing Asian American and Latinx communities.

The special election in Wisconsin's 7th, if it is run right, could provide a road map for Democrats who are organizing far beyond its boundaries. This isn't just about winning Wisconsin; it's about winning all the battleground states that went narrowly for Trump in 2016. There are no guarantees of victory in the 7th. The race will be hard. But if the national party fails to make an all-in effort for this special election, that surrender could haunt Democrats heading into November 2020.

"Democrats are fighting for every square inch of Wisconsin -- rural, suburban, and urban alike," says Ben Wikler, the new chairman of the Wisconsin Democratic Party. That's a good start. To win rural regions of Wisconsin and other states, however, the party has to run smart. Abandoning progressive principles will get Democrats nowhere. Mobilizing progressives who didn't turn out last time will help. But the key is to get busy at the grassroots, by reaching out to new voters and by building the party back up in communities across Wisconsin where it was winning until recently.

Related Topic(s): American Schools; Democrats; Democrats Winning Back The Senate; Farmers-Farming; Voting; Winning, Add Tags
Add to My Group(s)
Go To Commenting
The views expressed herein are the sole responsibility of the author and do not necessarily reflect those of this website or its editors.