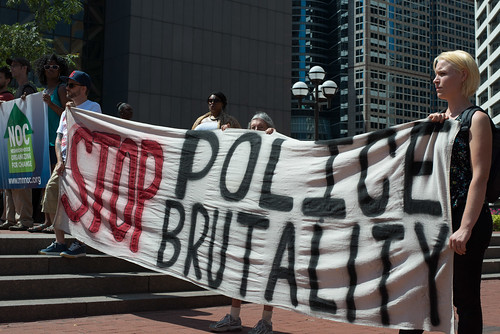 There's a pattern emerging if you pay close enough attention.

Civil discontent leads to civil unrest, which leads to protests and counterprotests.

Without fail, what should be an exercise in how to peacefully disagree turns ugly the moment looting, vandalism, violence, intimidation tactics and rioting are introduced into the equation. Instead of restoring order, local police stand down.

Coincidence? I think not.

This was the blueprint used three years ago in Charlottesville, Va., in 2017, when the city regularly cited as being one of the happiest places in America, became ground zero for a heated war of words -- and actions -- over racism, "sanitizing history," extremism (both right and left), political correctness, hate speech, partisan politics, and a growing fear that violent words will end in violent actions.

It was a setup: local police deliberately engineered a situation in which protesters would confront each other, tensions would bubble over, and things would turn just violent enough to call in the bigger guns.

It is the blueprint being used right now.

When put to the test, Charlottesville did not handle things well at all.

On August 12, 2017, what should have been an exercise in free speech quickly became a brawl that left one dead and dozens more injured.

As the New York Times reported, "Protesters began to mace one another, throwing water bottles and urine-filled balloons some of which hit reporters and beating each other with flagpoles, clubs and makeshift weapons. Before long, the downtown area was a melee. People were ducking and covering with a constant stream of projectiles whizzing by our faces, and the air was filled with the sounds of fists and sticks against flesh."

And then there was the police, who were supposed to uphold the law and prevent violence

They failed to do either.

Indeed, a 220-page post-mortem of the protests and the Charlottesville government's response by former U.S. attorney Timothy J. Heaphy merely corroborates our worst fears about what drives the government at all levels: power, money, ego, politics and ambition.When presented with a situation in which the government and its agents were tasked with protecting free speech and safety, Heaphy concluded that "the City of Charlottesville protected neither free expression nor public safety.

Related Topic(s): Corruption; Deceit; Fascism; Intimidation; Militarism; Police; Protest; Violence, Add Tags
Add to My Group(s)
Go To Commenting
The views expressed herein are the sole responsibility of the author and do not necessarily reflect those of this website or its editors.