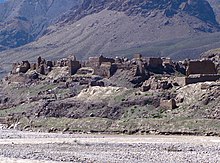 It feels like the end times. A mysterious invisible killer stalks the land. Wild rumors abound. The government is useless. There's no sense that anyone knows anything, much less is in charge. Could America become a failed state?

Yes, but not yet. Yes, but not because of coronavirus. Late-stage capitalism will ultimately destroy the current sociopolitical governmental system, not COVID-19. A vaccine will come online either later this year or early next year; that will be the beginning of the end of this scourge. Before then, many if not most Americans will have contracted the disease and recovered from it. Businesses will reopen. People will go back to work. The stock market will resume its climb.

In the meantime, many of us are wondering: how would/will we survive in an apocalyptic scenario without a somewhat benevolent government to run things?

I have good news for you: it is possible. Not easy. Not fun. But it can be done.

I know because I have seen it.

For decades Afghanistan was the epitome of a "failed state," a nation whose government is no longer able or willing to supply essential services to its citizens. The 1978 CIA-backed overthrow of a Russian-supported regime prompted the Soviet invasion of the 1980s, which was followed after withdrawal by a brutal, grinding civil war partly resolved by the victory of the Taliban in 1996. They ruled until 2001 but didn't built much infrastructure before being themselves driven out of power by the United States after 9/11. I was there under the Taliban, long before the U.S. and NATO began reconstruction in the mid-2000s.

Afghans were utterly dependent on themselves. Not only did the Taliban government fail to provide services like mail delivery and garbage collection, the Taliban made people's lives miserable through arbitrary edicts and a psychotic religious police force that beat Afghans in the streets willy-nilly.

Try to imagine, if you can, what it would be like to live in a country that didn't have a single inch of paved road, just muddy ruts. No one has a phone. There are no newspapers. Radios and televisions are banned, which is fine because you have no electricity and no stations are broadcasting.

Inside your house, there's no running water. You have to walk to a communal well if you are lucky enough to have one nearby that isn't polluted. There's a good chance that a local thug controls the well and forces you to pay for water. It gets blazing hot in the summer, but there's no air conditioning. It's freezing cold in the winter but there's no heat. You could burn some wood but you can't find any because everyone has already chopped down all the trees.

Under the Taliban you can't send your daughter to school. But you can't send your son either because there probably isn't a local school at all. No one has work as we know it. You exchange odd jobs in a 100% unemployment economy where cash has stopped circulating; everything relies on barter.

There is a certain freedom. Without a public records office you don't need a deed to move into an empty house. But of course you can't sell it if you leave. There's no DMV so if somehow do you acquire a car you can drive it regardless of your age. On the other hand, if someone steals it, there's no police to report it to.

If you did get that car, you probably would only want to drive it around your neighborhood. If you tried to drive to a different town, you would almost certainly be robbed and killed.

Sounds like it would be impossible to survive, right? But millions of Afghans did. Some of them even had children. Life went on. How? It's almost unfathomable for us Americans, so accustomed to our creature comforts, to imagine.

Related Topic(s): Afghanistan; Corona Virus Coronavirus Covid-19; Environmental Destruction War; Survival; Taliban; Thinking, Add Tags
Add to My Group(s)
Go To Commenting
The views expressed herein are the sole responsibility of the author and do not necessarily reflect those of this website or its editors.