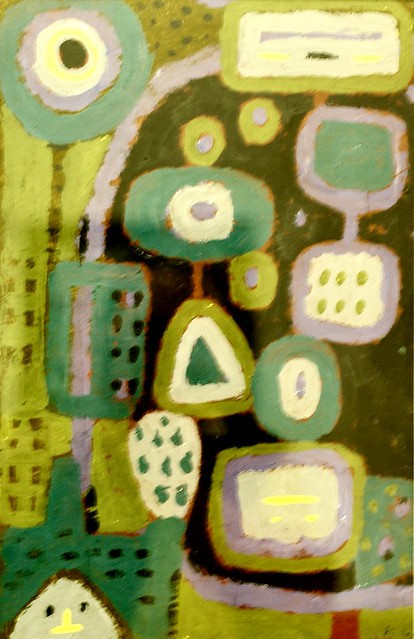 Things We Can Do To Make the World Better

We all sense the world is entering an era of rolling pearlharbors. one crisis following another filled with unhappiness and tears -- sunset, sunset -- shortly no one cares...Below, in no particular order, is my own list of things we might try to do to fend off the general gloomy gussiness ahead. Won't you respond friends, send me some money, or tell us all what you would do?

Don't ban them. We might need them. Don't look now, but there appears to be tyranny ahead. Did you know, my good dos equis friend, that Michael Moore is a member of the NRA? (Bowling for Columbine.) Remember how he confronted Moses/ApePlanet/Soylent Green Cop with an appeal for simply regulating the f*cking things. The country has about 425 million guns floating around. Can't we all just get along -- with just one apiece on average? On the other hand, we definitely need to be ready to go all Concord Minuteman again. I wish they had guns here in Australia. No, really. If tyrants ever showed up here in Assange Country... shhhhhhhhh...

Just today (08/24), Paul Street, in Counterpunch made the astute observation:

...while the Taliban is terrible, it does offer a good global example and role model in one sense: it shows again (as did the Cubans and the Vietnamese from 1959 through 1975) that Superpower can be defeated even by small and poor nations through dedicated popular resistance. This at least is something from which non-reactionary movements, nations, and peoples around the world can and should draw inspiration. The Mafia Don Uncle Sam, with its 500-pound bombs and its giant network of bases, is not God...

If we must be Minuteman against tyranny -- and taxation without representation (secret wars). then we must. It says so right in the Constitution. We "have a duty."

Open Up Insider Trading Rules to Include the Spouses of Congresspeople

Nancy Pelosi and the other Democratic dinosaur Feinstein are feeling that their insider knowledge may be on Jeopardy: Answer: My husband's accounts are not mine therefore I'm no insider. Question: What do you say when investigators ask about your stock market prescience?

I mean: in jeopardy.

It's unconscionable that Congresspersons should gain from their public service. Wait, did I say that right?

Why not? Why not guarantee every American free health care, free education, free welfare? That's rhetorical, son. Full HEW. You need a heart transplant: Take the old one away and replace it immediately (Duh); you shouldn't have to fight to begin the transplant process, nor find a specialist on short notice. Are we not human? In Australia, we find a model: tertiary education used to be free in the '70s, under Prime Minister Gough Whitlam. Free. Any degree. You could follow your bliss to doctorhood (and move overseas) or to lawyering (although that would be a wasted career here, but you could complete the degree online so as to avoid embarrassment). But when they offered it, few showed up. Which is probably why they offered it for free, come to think of it. Then Gough got assassinated politically by the CIA and the Mafia (I'm probably only kidding) and the freeby got nixed (probably by Nixon). Now most conservative Aussies who remember him will tell you that nobody liked Whitlam anyway. So what if England interfered in our affairs?

Related Topic(s): Apocalypse Apocalyptic End Of The World; Bioeletrical Life-forms; End Times; Expletive; Internet Of Things; New World Order; Space-time; The End Of The World; Time; World Hunger; (more...) World Water Day; Worldwide, Add Tags  (less...)
Add to My Group(s)
Go To Commenting
The views expressed herein are the sole responsibility of the author and do not necessarily reflect those of this website or its editors.