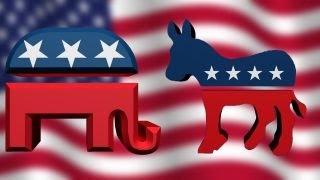 Last year's grassroots progressive runs for office laid to rest much of the Democratic Party's orthodoxy about who is "electable," and how it's essential that candidates -- in hopes of attracting moderate "swing" voters -- run big-money campaigns on small-bore, middle-of-the-road issues. For example, meet these eight big-issue/low-dollar candidates who rejected party orthodox and won:

One thing these victors have in common is that each of them is openly transgender. Even two years ago, political pros assumed that transgender people were unelectable nearly everywhere. So these eight barrier busters show how rapidly attitudes are changing, even in this bigoted time of Trump. Roem's win in Virginia was especially satisfying, for she defeated a Republican incumbent who has long been a vociferous demonizer of the LGBTQ community and a vituperative leader of the right wing's demagogic crusade to pass anti-transgender "bathroom bills."

The nationwide progressive offensive in 2017 produced other ground shifting results such as: many victories by millennials (five elected to the State House in Virginia alone); victories by immigrant candidates, including in Somerville (MA), Helena (MT) and Minneapolis; and a rebellion in previously red suburbs. Victories like these are proliferating because immigrant populations are growing, Trumpism and GOP extremism are turning voters off, a rapid and relentless downsizing of the middle class is altering attitudes and serious grassroots political organizing by Our Revolution, Democratic Socialist of America, Working Families Party and other progressive groups is making a difference.

After a year of Donald Trump's appalling excesses in office, combined with last year's electoral successes by dozens of progressive female candidates, and the recent tsunami of "silence breakers" exposing men who are sexual predators, a huge positive shift can be seen at last on America's political horizon: Unprecedented numbers of women are running or considering runs for public office in 2018. She Should Run, a non-partisan support group for women candidates, reports that since the 2016 elections, it's been contacted by more than 15,000 potential women candidates from every part of America. Likewise, after Trump's election, Emily's List, the longtime PAC that supports pro-choice women seeking office, reported an "unprecedented" surge in interest by more than 20,000 potential candidates.

It's one thing to jump into a political race, but if you want to win, it helps to have some structural support. For example, because DSA provided organizational essentials to people it endorsed last year, 15 working-class champions are now in office who likely would not have won otherwise. Similarly, Our Revolution provided tools and a network of savvy volunteers to help elect, against the odds, a new generation of progressive leaders across the country. In the 59 races OR targeted in November, 27 of their endorsed candidates won. In all, OR has already helped elect 120 Bernie-style populists committed to serve as ardent agents of change -- not bad for a self-financed, volunteer-based movement that's barely a year and a half old.

These rebellious "little-d" democratic campaigns know that every vote counts. It's volunteers' hard, get-out-the-vote work that enables them to win tight races against the slick attack ad-based campaigns of their corporate-backed opponents. OR notes that eight of its November winners -- from the mayor of Clarkston, Georgia, to a Cleveland city councilor -- had margins of victory ranging from 909 votes to only 139. Without the grassroots movement, the establishment would still own those offices.

These victories (and a multitude of similar wins across the country) not only lift the spirits of progressives everywhere but, significantly, have greatly elevated the skills of our progressive ground forces. Volunteer recruiters, campaign managers, social media teams, field coordinators, door knockers, schedulers, get-out-the-vote organizers, online fundraisers and all the rest are now better at what they do than they were a year ago. Just as important, they're part of a growing network able to teach others these essential campaign skills, thus expanding and refreshing the pool of talent as they gear up for this year's full slate of elections.

And remember: Many of the candidates, staffers and volunteers in campaigns that did not prevail in their elections last year are winners nonetheless. They introduced new populist ideas, new people and energy, and new grassroots ways of building people power in their communities. Win or lose, all who participated in 2017 advanced our emerging national movement, giving us strength for an even greater impact in 2018. We're in this for the long haul.

Related Topic(s): Democrats; Elections; Progressives; Transgender; Winners; Winning, Add Tags
Add to My Group(s)
Go To Commenting
The views expressed herein are the sole responsibility of the author and do not necessarily reflect those of this website or its editors.